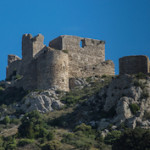 By Diana Ruddick ITWPA Member At the turnoff to Chateau d’Aguilar, outside the petite village of Tuchan, the narrow road is barely more than a paved track winding through vineyards clinging to the sides of the Corbières mountains deep in the Languedoc-Roussillon region of southwest France. As the ascent steepens, the underpowered car struggles even in first gear, finally … END_OF_DOCUMENT_TOKEN_TO_BE_REPLACED 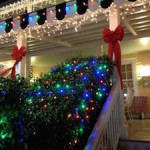 By Diane Leone ITWPA Member Once the decision was made to spend the week of Christmas in Key West, Florida, we were excited. Every previous Christmas had been spent enjoying family and the children as they opened their gifts. The children are now grown and we felt we needed a getaway after a hectic year. If you want to wear flip-flops, lie in the sun, and feel the sand … END_OF_DOCUMENT_TOKEN_TO_BE_REPLACED 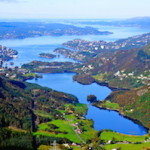 By Melissa Andersen Norway’s dynamic beauty attracts travelers from around the world. The rugged mountain ranges dominate the land, cut deep by colossal fjords of turquoise and blue. Thousands of islands speckle the coastline, bordered by three seas. Spruce trees shoot high towards the heavens, displaying a forest green blanket between the earth and the sky. There is only … END_OF_DOCUMENT_TOKEN_TO_BE_REPLACED 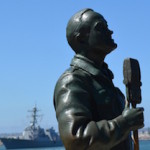 By Noreen L. Kompanik ITWPA Member Bob Hope is immortalized in the city of San Diego. How fitting. In the county that hosts the largest military population in the U.S., bronze statues of the entertainer and his military audience stand in the dramatic backdrop of a majestic retired aircraft carrier overlooking the sparkling blue waters of San Diego harbor. For a span of … END_OF_DOCUMENT_TOKEN_TO_BE_REPLACED 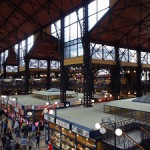 By Catherine Fancher ITWPA Member As you enter the cavernous space, a checkerboard of light streams in through banks of high windows. The air within the steel-framed interior vibrates with the hurried hum of unfamiliar languages. Standing beneath soaring beams and archways, you almost believe that you’ve wandered onto a train platform. Then you smell the bread. You’re … END_OF_DOCUMENT_TOKEN_TO_BE_REPLACED