By Laura MacyITWPA MemberOn a beautiful spring day (well, actually, we lucked out … after a horrid rain storm cleared and the sky became illuminated by the sun), my daughter Tiffany and I took the trio (8-year-old Todd, 7-year-old Tess, and 4-year-old Tanner) for a Lunch Cruise on the River Queen on the Ohio River. The BB Riverboat Company boasts that it is … END_OF_DOCUMENT_TOKEN_TO_BE_REPLACED 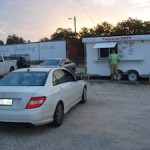 By Jerry L. NelsonA food revolution is sweeping the nation … in the form of a new version of meals on wheels. Don’t confuse this with the charitable offering, good as that is. This one is being fostered by the food industry in the broadcasting world. Lots of “done over” Airstreams outfitted with restaurant quality kitchens instead of the sleeping … END_OF_DOCUMENT_TOKEN_TO_BE_REPLACED 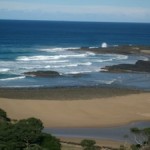 By Dorette AvlonitisThe perfect getaway from the daily grind, the Hole in the Wall Hotel and Holiday Village near Coffee Bay is hard to reach and hard to leave (not only due to bad roads).When we started out in our rental car from East London airport, we were mystified that the GPS indicated it would take seven and a half hours to drive 177 miles. I thought it inaccurate and … END_OF_DOCUMENT_TOKEN_TO_BE_REPLACED 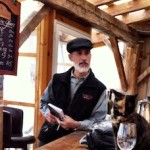 By Joanne SperoITWPA MemberWe woke up early Saturday morning excited that we were about to embark on our first adventure to the Prince Edward County wine region in Ontario, Canada. It’s a short hour and a half drive from our home, and a two hour drive east of Toronto. Having had lunch along the way (a must before any wine tasting) we arrived at The Inn at Huff Estates, … END_OF_DOCUMENT_TOKEN_TO_BE_REPLACED 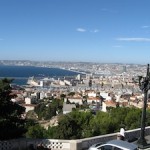 By Dorothy Garabedian    The ancient port city of Marseille sits on one of the world’s most beautiful bays. Greek colonists from Phocaea founded the city 2,600 years ago. Since its discovery, Marseille has attracted migrations from many nations, near and far, emerging into a rich, intense, multicultural society. This intriguing Mediterranean city … END_OF_DOCUMENT_TOKEN_TO_BE_REPLACED