By Allen Dale OlsonIf you could create the Mediterranean village of your choice, you’d create Ceret. Ancient stone houses along cobblestone streets. Roman arches. Plane trees shading the village square and the cafe tables that spill out into it. Only 7,600 inhabitants. Backed up by the eastern slope of the Pyrenees, including the snow-capped Mount Canigou. Fronted seven … END_OF_DOCUMENT_TOKEN_TO_BE_REPLACED 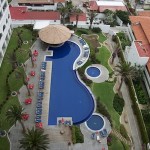 By Connie Werner Reichert  ITWPA MemberIt’s easy to vacation like a movie star in Mexico. All you have to do is cross the border from San Diego into Tijuana and drive south for a few miles until you reach Rosarito Beach, an area in Baja/Cal-Mex known for its Puerto Nuevo lobster, glorious coastline and movie stars.What do Sinatra, Hayworth, Douglas, Peck and Monroe have … END_OF_DOCUMENT_TOKEN_TO_BE_REPLACED 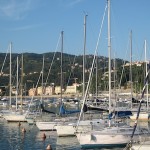 By Keely L. HerrickEvery Italian tour includes the greatest hits of Rome, Venice, and Florence, but if you want to vacation in Italy like the Italians do, spend a few days in Lerici on the Bay of Lerici. (Be careful to pronounce it “Lay-ree-chee,” with the emphasis on the first syllable, or the locals won’t know where to direct you!) This postcard-perfect … END_OF_DOCUMENT_TOKEN_TO_BE_REPLACED 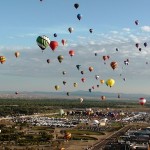 By Bob StarinkAlbuquerque is hard to spell and you may only recognize the name from Bugs Bunny’s directions to turn left there. However, not only is this city in the desert a great place to use as a base camp to travel to exotic places in all directions, it is a tourist attraction in its own right. Albuquerque, New Mexico, is an easy flight from all major U.S. cities. … END_OF_DOCUMENT_TOKEN_TO_BE_REPLACED 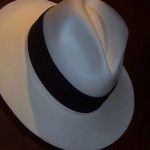 By Heather Rath  ITWPA MemberWhat do actresses Jennifer Aniston and Gwyneth Paltrow and celebrities like Miss Ecuador have in common? (Hint: When they were alive, President Franklin Roosevelt, Winston Churchill, Humphrey Bogart and Gary Cooper were already part of the trend.)  Wearing a Panama hat!Contrary to popular belief, the glorious Panama hat originates in Ecuador -- … END_OF_DOCUMENT_TOKEN_TO_BE_REPLACED