Any time of the year is a thrilling time to visit South Africa, and if you are looking for adventure, there is no better place. Let me highlight five experiences that will heighten your adrenaline. 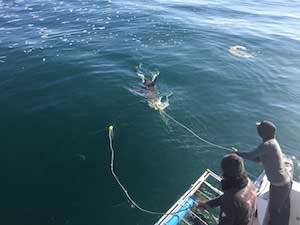 The first one is a jaw-dropping, close encounter with sharks, some of them up to 2200 pounds. For this, you need to be ready to go an hour before sunrise. Apex Shark Expeditions provides snorkeling equipment, and when the dangerous predators start circling the boat, the expedition leaders lower the adventurers into the water in a cage. My guests needed a stiff drink after their experience. As one of them said, “If you were in a cage in the freezing water, face to face with a great white shark, you would too! But it was all worth it—when that shark bumped the cage, I forgot I was underwater and let out a scream.” Apex Shark Expeditions Cape Town, Simon’s Town 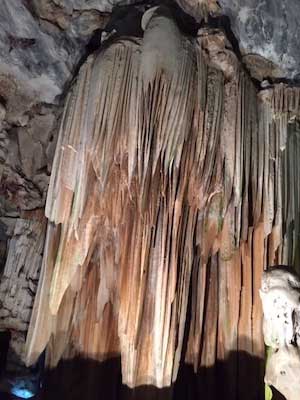 Exploring the Cango Caves in Oudtshoorn

For the ultimate cave-crawling experience, sign up for the Adventure Tour at the Cango Caves, about 18.6-miles north of Oudtshoorn, the ostrich capital of the world. The magnificent caves are about 20-million years old and consist of a series of chambers. The Adventure Tour lasts 90 minutes. One must pass cardboard cut-out tests to make sure that your body can squeeze through the narrow slits in the rocks. There is also a “postbox” to slide through, feet first, not knowing where the landing is. For the less adventurous, there is a 60-minute Standard Tour of the beautiful stalactite and stalagmite formations in the easily accessible chambers. Cango Caves 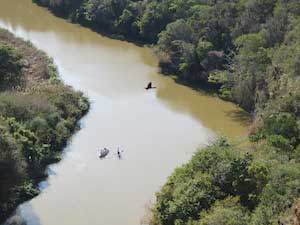 Canoeing along the Kap River

Canoeing along the Kap River with the odd chance of seeing a wandering hippo is already thrilling, but the hike down the 260-foot cliff to reach the boats, is quite an adventure in itself. Nature View Farm B&B, perched on the stunning clifftop, is situated along the coastal Sunshine Route, Eastern Province, adjacent to a game reserve. We had the river to ourselves, and as we paddled past lush plants and trees, we gaped at the large caves along the cliff face. The silence was broken only by the odd cries of the fish eagle and the bird-life along the banks. On our return, we enjoyed freshly squeezed pineapple juice, home-made scones, and tea at their Farm Stall. The day ended with a typical barbeque or braai, watching an orange and purple sunset while a tame warthog family greedily guzzled leftover fruit and potato peels in the garden. Nature View Farm 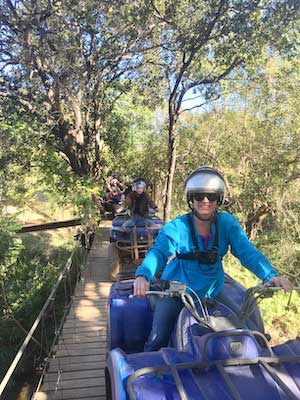 To get to Hazyview, we rented a car at the Skukuza airport in the Kruger National Park. The game-drive through the Park to our accommodation at the comfortable Numbi Hotel in Hazyview turned out to be quite a thriller. We had scarcely gone two miles when a threatening female elephant stepped out from behind an acacia bush, swaying to and fro, ears beginning to flap. We backed up slowly, and then, she eased up when a single line of elephants with young ones emerged to join her.

We were up early the next morning to test our skills at Induna Adventures on the banks of the Sabie River, a short drive from Hazyview on the road to Sabie. This company offers a variety of 14 exciting outdoor activities, such as horse trails, ziplining, paintball, and bass fishing. The group decided to sign up for the quad bike trail and the white river rafting. We completed the necessary indemnity forms and received some basic training.

The unique trail on quality Suzuki Quads took us through hand-cut tracks through indigenous forests and blue gum plantations. We stopped for some spectacular waterfall viewpoints, and the guides pointed out the locations favored by hippos and crocodiles. The thought of the infested river heightened the excitement of white water rafting over rapids to a new level. Another novelty was a “bum slide” at the picnic spot, halfway through the adventure. Induna Adventures 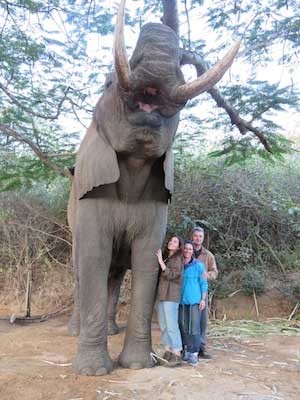 After lunch, we booked in at Elephant Whispers for a hands-on encounter with six elephants, rescued from planned game reserve culling operations. Each elephant has its handler. We learned about their behavior and history while touching the elephants’ hide, feet, and ears. We could feed them and stand under Temba, an impressive six-ton elephant’s huge tusks. And so, we concluded our adventures in South Africa. Elephant Whispers