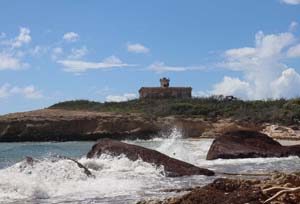 Have you heard about Vieques, Puerto Rico, or as many Puerto Ricans know this island, Isla Nina, Little Girl Island?

It’s a small island located 8-miles east of the main island of Puerto Rico. It is commercially accessible by water ferry leaving from Ceiba. Fly there from San Juan International airport or the smaller local airport of Isla Grande. English and Spanish are both widely spoken on Vieques. 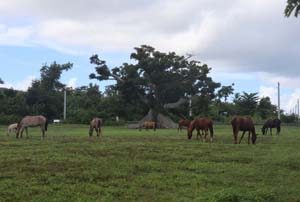 Almost two-thirds of Vieques is a National Wildlife Refuge with two towns, Isabel Segunda, on the northern side and the smaller town of Esperanza on the southern side. There is a large and growing number of wild horses roaming freely.

The wildlife refuge provides ample opportunity for exploring and access to some very secluded beaches. Most beaches on Vieques are open to snorkeling, while other activities include off-shore scuba diving, fishing charters, horseback riding, and limited shopping opportunities. With the proximity of towns and smaller surrounding barrios, interaction with the local population is encouraged. There are several restaurants throughout the island ranging from casual eateries to higher-end restaurants offering specialty foods and finer dining experience. 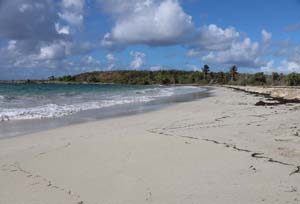 Within the eastern section of the National Wildlife Refuge you’ll find the historic Puerto Faro lighthouse (Faro de Puerto Ferro), and two larger, easily accessible beaches, Garcia and Caracas. Continuing into the refuge along a dirt road you will find several lesser-known secluded beaches such as Pata Prieta (Secret beach) and Chiva beach.

As you make your way to the western end of Vieques to explore more of the wildlife refuge, stop at the three-hundred-year-old Ceiba tree and Rompeolas (Mosquito Pier). Once back in the refuge you’ll find an old sugarcane plantation building, underground U.S. Navy bunkers, and the Laguna Kiani boardwalk. The more secluded beaches of Punta Arenas and Punta Boca Quebrada are located here. 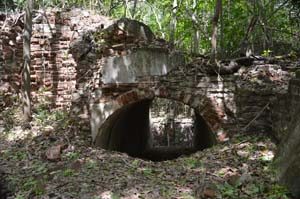 If remaining on paved versus dirt roads is more your forte, within and surrounding Isabel Segunda you’ll find the Spanish built fort of Count Mirasol (Fortin Conde de Mirasol), the tomb of Le Guillou, the towns founder, the Punta Mulas Light (Faro Punta Mulas), and City Hall (La Casa Alcdldia). On your way south to the town of Esperanza, you will pass the Bioluminescent Bay (Bio-bay) which is recognized as one of five National Natural Landmarks and is the world’s largest bio bay. Yet closer to Esperanza, the Puerto Ferro Archaeological Site is the location of the oldest human remains found in Puerto Rico. There are several beaches close by to include Esperanza, Sun Bay, and secluded Black Sands.

AUTHOR’S NOTE: As a house sitter, I’ve been on Vieques during September and October for the past several years, including 2017 when Puerto Rico, specifically Vieques, was devastated by hurricane Maria. While the island is still recovering from this natural disaster, the people of Vieques, with the help of several charitable organizations, have made a remarkable comeback. Homes, businesses, and communities have been rebuilt or repaired. Evacuees have returned, seasonal residents are returning, and the typical Caribbean lifestyle has returned. Vieques is open and welcomes you.