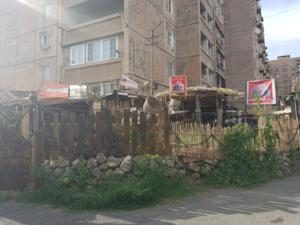 Aparan in a small town in Armenia, which itself is a small country in the Caucasus. Despite its tragic history of wars and genocides, few know the whereabouts of this hidden gem. I spent four months living there and can say if you want to visit a unique country with an abundance of kindness, get yourself on a plane to Armenia.

When most people think of visiting different countries, a trip to an Embassy may appear on their must-see list. But what about when an embassy is on your front doorstep, constructed solely from dark stained wood?

For many weeks myself and my flatmate were intrigued by the embassy’s pictures of Stalin and occasional Donkey shrines. This was during the Velvet Revolution where the public aimed to overthrow the current government. 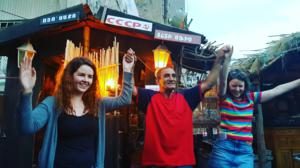 A photo makes a friend

During the weeks of the protest, I had taken photographs of the locals in their celebration. Then one day when walking past the embassy with its pictures of Stalin and occasional Donkey shrines, I thought “wait, I took a photo of the ambassador!”

I searched through my photographs, and there he was, the Ambassador of Aparan, in all his glory. In his hand, he was grasping the Aparan Embassy flag and in the background, the flag of Armenia. Perfect I thought, I bet he would like it for the wall of his Embassy. I printed out the photo and chose a frame that most suited the woodwork of the Embassy. 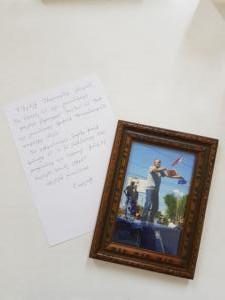 With the help of an Armenian friend, I wrote a note to the Ambassador saying, “Dear Ambassador of the Aparan Embassy, I took this photo of you at the protest and thought you may like it to hang on the walls of your Embassy. I hope that one day we can receive a tour of your Embassy. Enjoy, Charlotte.”

With my gift ready, wrapped and addressed to the Embassy, I popped it through the gates on a sunny Wednesday morning. I could barely contain my excitement. On my way home, I peeked through the doors. To my utter shock, the photo had been enlarged and was hanging in a large frame. Two locals shouted to me, “Excuse me, girl photo, girl photo.” “Ha, ha (yes, yes)” I said. I was so happy at how thrilled the locals were to receive my gift.

Invitation to the Embassy

It is 10 o’clock at night. Knock, knock. Knock, knock. *Armenian/ Russian chit chat* I opened the door. It was the Ambassador. He thanked me for the gift and asked for my telephone number. We are to meet him at the Embassy at 7 o’clock the next day. 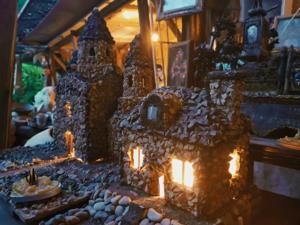 When we arrived with translators at the ready, he welcomed us to a table of barbequed fish, kebab, la vache, brandy, and wine, some of Armenia’s finest dishes. The Armenians are so generous. Over a delicious dinner, we asked him about his Embassy when he made it, and why. He told us through a translator – “I am amazed by the gift that you have given me. People took photos of me at the protest, but no one gave or sold them to me. 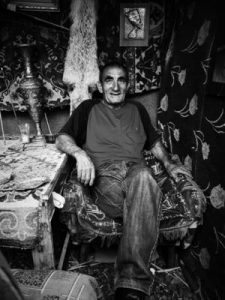 When you left your gift, I thought it was a joke before I opened it as people are always putting things here. I wanted to say thank you, and I went around the neighbor shouting, “Where are the English girls?” People were coming over to see what had happened. I showed them the notes and people thought I was very special. I joked that Margaret Thatcher had sent me the note. They did not get my joke, as they told me she was dead. I knew this. Many people in the community do not understand or get along with me because they see me as nationalistic. It is so nice that foreigners have noticed me.”

The community makes a difference

The site of the Embassy had previously been covered in rubbish. He asked the council to clear the area, but they declined. Once he had cleaned the area, they then asked him to pay 220,000 drams (£342) to use the site. He told them to leave, and the neighbors came out to say to them that they knew who they were and wouldn’t accept such an outrageous request. Now, because of all of this, the Aparan Embassy still stands.

As a thank you, he invited us into his self-made masterpiece, gave us a delightful dinner and showed us around his creation. This is an example of exceptional hospitality and incredible determination to create something beautiful.

After meeting the Ambassador, I feel that anything is possible. We must take responsibility in our communities to clean, preserve and protect our homes. For out of a mound of litter, we can create our very own Embassies.