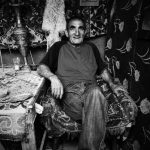 By Charlotte Boyle Aparan in a small town in Armenia, which itself is a small country in the Caucasus. Despite its tragic history of wars and genocides, few know the whereabouts of this hidden gem. I spent four months living there and can say if you want to visit a unique country with an abundance of kindness, get yourself on a plane to Armenia. When most people … END_OF_DOCUMENT_TOKEN_TO_BE_REPLACED 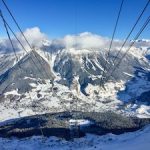 By Elsa Dixon ITWPA Member A welcome wood fire burns in the hearth as we shake off the snow and enter Kaffee Klatsch Lounge. We wind our way through the tables in the Kaffee restaurant to the adjoining Sports Bar where the air is thick with laughter and chatter (klatsch). It is après-ski time in Klosters Switzerland when winter sports fans flock from all over the world to … END_OF_DOCUMENT_TOKEN_TO_BE_REPLACED 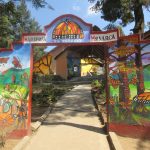 By Ellen Federico ITWPA Member Every September millions of migrating Monarch Butterflies fly the sky road clocking over a hundred miles a day to a winter destination in Central Mexico where they will end their remarkable nine-month life cycle. Where do they go exactly? Why do they do it? For centuries fourth generation Monarch Butterflies that weigh less than a penny fly … END_OF_DOCUMENT_TOKEN_TO_BE_REPLACED 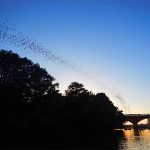 By Fred Mays ITWPA Member First, there are a few, then hundreds, quickly followed by thousands. Soon the sky is dotted with over a million bats off on their nightly forage for food. They are cheered on by hundreds of spectators who crowd the Congress Avenue Bridge in Austin. Hundreds more line the banks of Lady Bird Lake, and even more watch from tour boats in the … END_OF_DOCUMENT_TOKEN_TO_BE_REPLACED