By Noreen L. Kompanik ITWPA Member “Southern coastal with a twist” is how Chef James Flack describes the cuisine at ECHO, St. Simon’s Island, Georgia’s only oceanfront restaurant and bar. He is changing the way Georgia seafood and southern cuisine is prepared and presented, and patrons -- tourists and locals alike -- are literally “eating it up”! ECHO is the signature … END_OF_DOCUMENT_TOKEN_TO_BE_REPLACED 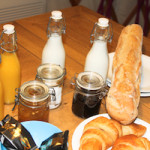 By James (Jim) Cassidy ITWPA Member It’s hard to imagine you’re spending the night in a tent, albeit a pretty upmarket tent. This Mongolian-style yurt nestles among the trees on top of a hillside in southwestern France. One thing about glamping, as it’s called, means you don’t need to rough it anymore. Remember those sleepless nights lying on a rickety camp bed -- or … END_OF_DOCUMENT_TOKEN_TO_BE_REPLACED

By John Frederick Approaching Dry Tortugas, the first thing you notice is the immense brick structure called Fort Jefferson. Two stories high with alcoves, arches, and walkways. It is so big that the little cay it’s built on isn’t big enough to hold it and it creeps out into the clear blue water. This 19th century American coastal fort was built to control the Florida … END_OF_DOCUMENT_TOKEN_TO_BE_REPLACED 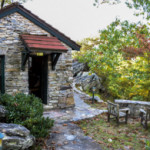 By Gwyn Goodrow ITWPA Member “There are mountains in central Alabama?” My intrigue turned into a Cheaha State Park weekend getaway. Nightfall and a pushy headwind created navigation challenges on the twisting mountain road, with multiple S-curves and steady ascents. Ramping upwards, sparkling silver stars peeked from darkness, welcoming us to this secluded, … END_OF_DOCUMENT_TOKEN_TO_BE_REPLACED 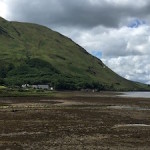 By Janice Hildreth ITWPA Member While driving along the west coast of Ireland, I accidentally discovered one of the many hidden treasures of Connemara. On the N59 road from Westport to Clifden, I was assaulted by an unrelenting downpour and pulled over in the little harbor town of Leenane to let it subside. I had planned on driving a bit further to stay overnight in … END_OF_DOCUMENT_TOKEN_TO_BE_REPLACED