By Trina Serrecchia ITWPA Member I found the secret to traveling back in time to Edo-era Japan at Ooedo-Onsen Monogatari. Imagine this: You’ve just gotten into town, changed into your yukata (a comfortable kimono-like robe worn during festivals), and are enjoying a walk through the festival evening on your way to the onsen (hot spring). You’ve stepped back through time, … END_OF_DOCUMENT_TOKEN_TO_BE_REPLACED 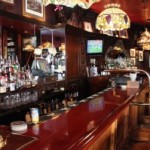 By Kurt Jacobson ITWPA Member Walking into Martin’s Tavern is like taking a trip through time. While equestrian paintings are the prominent artwork on display, don’t be fooled into thinking this is a horse-themed restaurant. The original owner, Billy (William S. Martin), was a pro basketball, football, and baseball star who opened this Georgetown watering hole in 1933. … END_OF_DOCUMENT_TOKEN_TO_BE_REPLACED 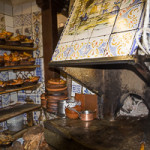 By Penny Zibula Photographs by Simon Lock ITWPA Members Madrid can rightfully boast of its abundance of regional and international cuisines. But in the heart of Spain’s capital is a one-of-a-kind eatery that should not be missed. Sobrino de Botin is the oldest working restaurant in the world, according to the Guinness Book of Records. Founded by a French chef in 1725, … END_OF_DOCUMENT_TOKEN_TO_BE_REPLACED 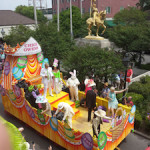 By Ann Randall ITWPA Member According to the French Quarter bartender serving my Sazarac, “the Easter Parade was the brainchild of ‘a well-preserved 80-year-old showgirl and her curated contingent of NOLA [New Orleans, Louisiana] friends.’” My back home NOLA-to-Seattle-expat colleague assured me the Easter parade would illustrate the grand tradition of genteel Southern … END_OF_DOCUMENT_TOKEN_TO_BE_REPLACED