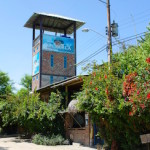 By Roy Sherrid ITWPA Member Our destination was a small village just 10 miles south of the fishing town of Puerto Lopez, Ecuador. We were going to the community of Las Tunas to stay at a bed and breakfast hotel called “La Perla,” which means “The Pearl.” As soon as you enter the gate you see a covered courtyard with a table, comfortable chairs, and a brick hearth oven. The … END_OF_DOCUMENT_TOKEN_TO_BE_REPLACED

By Diane Leone  ITWPA Member It’s almost impossible not to feel a bit like royalty while staying at The King and Prince, and the holidays are a perfect time to experience this special place. The resort began in 1935 as a private dance club, only to become The King and Prince Hotel in 1941. The resort is on the National Register of Historic Places and a member of Historic … END_OF_DOCUMENT_TOKEN_TO_BE_REPLACED 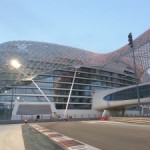 By Sheelah Turner Standing in the queue to enter the Formula 1 race circuit on Yas Island in Abu Dhabi, there is an air of excitement and anticipation. The sun is low in the sky and the floodlights are about to burst on. There is a chatter and murmur amongst those waiting for the large silver gates to open. But tonight is no Formula 1 event. Rather than arriving to watch a … END_OF_DOCUMENT_TOKEN_TO_BE_REPLACED 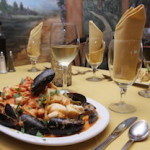 By Shannon E. Johnson ITWPA Member Di Paolo’s Italian restaurant began life as an authentic Italian deli located in the heart of Penns Grove. Fast forward more than 40 years, and the business has grown into a shining example of fine Italian cuisine and is known as one of New Jersey’s best kept secrets. Upon stepping into Di Paolo’s, you are immediately transported back to … END_OF_DOCUMENT_TOKEN_TO_BE_REPLACED

By Stephanie Wolden ITWPA Member “I don’t think I’d be impressed,” said the platinum blonde mother of three. “I’m from Texas.” “Trust me,” I said, as I rung up her new leather handbag, “there isn’t a steak in the world like the ones you’ll find here in Florence.” It’s true that many restaurants in Florence serve up a fabulous Bistecca Fiorentina, but few come with an … END_OF_DOCUMENT_TOKEN_TO_BE_REPLACED