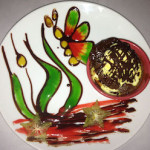 By Tam Warner Minton ITWPA Member Cozumel, Mexico is a blue water paradise. Divers and snorkelers from all over the world come to experience the Mesoamerican Reef System, discovered by Jacques Cousteau in the 1960s. Cozumel, in the Mexican Caribbean, has grown up since then, and gained in amenities such as the Jack Nicklaus Golf Course and numerous luxury, all-inclusive … END_OF_DOCUMENT_TOKEN_TO_BE_REPLACED 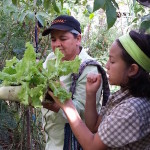 By Ann C. Randall  ITWPA Member Dona Noire picked out a parachute-looking seed pod from a table laden with colorful fruits and vegetables and peeled back the outer layer to reveal a tiny yellow fruit inside. “The fruit of love,” she said, and handed it to us to eat. “This will be your breakfast juice tomorrow and after you drink it I will show you where it grows.” The … END_OF_DOCUMENT_TOKEN_TO_BE_REPLACED 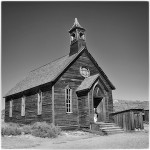 By Harry Singh While moving from San Francisco to Bodie, a little girl wrote in her diary: “Goodbye God, I’m going to Bodie,” a phrase that came to be known throughout the west. As the legend goes, Bodie was second to none for its wickedness. Justice vigilante-style, saloon brawls, and stagecoach robberies became more the norm than the exception. Reputations are earned … END_OF_DOCUMENT_TOKEN_TO_BE_REPLACED 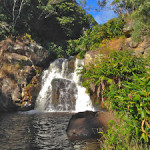 By Kathy Medbery On the island of Kauai there is a nature hike that outshines even the famed beaches of Hawaii. Granted, it takes one along a steep, narrow trail, slippery with loose pebbles, a hot, dusty trek... but, oh, so worth it! The trail begins at the ridge road and descends, gradually at first, into the tropical rainforest. The curry-like fragrance of the spice … END_OF_DOCUMENT_TOKEN_TO_BE_REPLACED 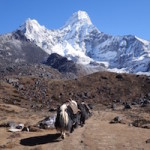 By Bronwyn Brown Towering high above Nepal are the majestic Himalayas, home to the tallest and most magnificent mountains on earth. In an ancient Hindu scripture, the Himalayas are aptly described as “the abode of the gods.” After hiking in Mt. Everest’s shadow through the Khumbu Valley’s remote mountain paths, it is easy to understand why the locals believe this to be a … END_OF_DOCUMENT_TOKEN_TO_BE_REPLACED