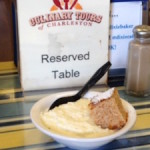 By Meredith Wright, CITM ITWPA Member The tour is beginning its second hour and the participants have started to drag along somewhat lethargically -- the food coma appears to have settled in. One girl whispers to her boyfriend, “I don’t know if I can eat any more...” But then she perks right up at the sight of a pickle-topped pulled pork barbecue slider and a side of … END_OF_DOCUMENT_TOKEN_TO_BE_REPLACED 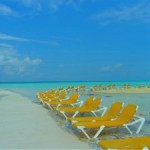 By Kathryne Grisim Papas fritas, made by taking a potato, peeling it, slicing it, and frying it in oil until tender crisp. No fancy ingredients to interfere with the simple taste except a glistening of salt and a squeeze from a fresh lime. Perfect when accompanied by an ice cold cerveza, enhanced perhaps with another wedge of lime. The freshest ingredients, simply … END_OF_DOCUMENT_TOKEN_TO_BE_REPLACED 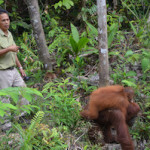 By Roy Stevenson ITWPA Member If you enjoy native cultures, and nature and wildlife experiences, few islands can rival Borneo’s deep treasure trove of offerings. In Sarawak you can watch furry red Orangutans up close and personal, walk along an entire longhouse village raised high up on stilts, and kayak down a gentle river past enormous rock formations and some of the most … END_OF_DOCUMENT_TOKEN_TO_BE_REPLACED 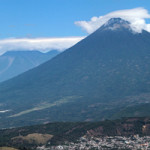 By Paul James ITWPA Member Climbing an active volcano isn’t something you get to do every day and there are very few places in the world where it’s even possible. One volcano where it’s possible and even reasonably manageable is Pacaya in Guatemala. Pacaya’s 90-minute strenuous walk up to the volcano cone can be eased by taking a ‘taxi,’ which is a horse, or … END_OF_DOCUMENT_TOKEN_TO_BE_REPLACED 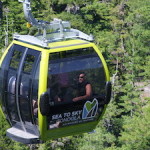 By Ken Forsberg Only half the distance from Vancouver as the Whistler/Blackcomb peak-to-peak gondola, the new Sea to Sky Gondola, just minutes south of Squamish, British Columbia, makes a nice day trip for those of us who don’t want to spend the entire day traveling. Less than an hour’s drive from just about anywhere in Vancouver, this new facility offers easy hiking trails … END_OF_DOCUMENT_TOKEN_TO_BE_REPLACED