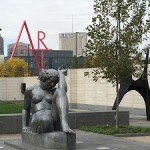 By Victoria Hart “Imagine a world where children are encouraged to play in art museums.” This was a vision of Executive Director Nannette Maciejunes during the design of the newly expanded and renovated Columbus Museum of Art. The new museum, reopened in October 2015, is much more than large rooms filled with paintings.  Maciejunes believes, “This exciting endeavor is a … END_OF_DOCUMENT_TOKEN_TO_BE_REPLACED 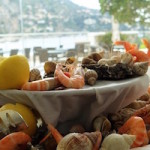 By Susan Payton ITWPA Member A crispy baguette. Fresh, creamy goat cheese. While these were all we could afford when backpacking through France in our 20s, we still clamored for them 15 years later when visiting France, even though we were no longer broke college students. And yet, on a recent trip to Provence, my husband and I wanted something more, something … END_OF_DOCUMENT_TOKEN_TO_BE_REPLACED 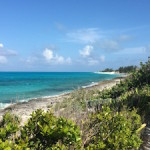 By Betsi Hill ITWPA Member There are those magical places you stumble upon as you travel. Man-O-War Cay, an island in the Abacos chain of the Bahamas, is just such a place, captivating you as soon as you set foot on the island. Nestled in the Abacos, it is often overlooked by travelers but offers a true slice of Bahamian culture rooted in loyalist history. From the … END_OF_DOCUMENT_TOKEN_TO_BE_REPLACED 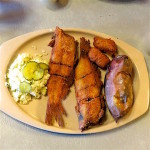 By Connie Pearson ITWPA Member You haven’t truly sampled an important culinary morsel of the Deep South until you’ve tasted a hushpuppy, and the VERY BEST hushpuppies (according to locals in the know) are created at Greenbrier Restaurant near Athens, Alabama. Hushpuppies are found in all varieties. Some add corn. Others have jalapeno peppers. A few use buttermilk. One or … END_OF_DOCUMENT_TOKEN_TO_BE_REPLACED 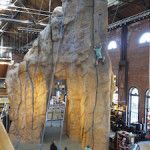 By Kim Hartmann ITWPA Member “Do you want to come down now?” a voice asks from below. A little girl about four years old clings to the side of a 48-foot-high boulder. Her hands are gripping the tiny rock protrusions overhead, her feet braced on rock formations below. In her pint-sized climbing shoes, tiny red shorts, and a miniature climbing harness she is the youngest … END_OF_DOCUMENT_TOKEN_TO_BE_REPLACED