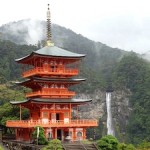 By Bronwyn Brown Hidden deep within the Kii Peninsula of Japan lies a series of ancient pilgrim paths known collectively as the Kumano Kodo, or the Kumano Old Road. These mountain paths date back to the tenth century and link the cities of Kyoto, Osaka, Tanabe, and Wakayama to three sacred shrines. In 2004 the Kumano Kodo was declared a UNESCO World Heritage site -- … END_OF_DOCUMENT_TOKEN_TO_BE_REPLACED 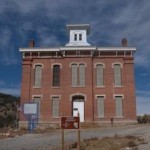 By Scott William Elliott On the creaky second floor there are fewer writings and etchings than on the first floor, but they are still clustered in certain places where the plaster has not broken off from the old wood. Many of the names were written over a hundred years ago. However, at the base of a grandiose door frame, carved rather haphazardly in bold letters, an etching … END_OF_DOCUMENT_TOKEN_TO_BE_REPLACED 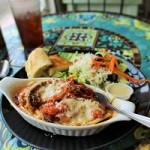 By Paula Wheeler ITWPA Member The sign on the side of the brick building of Cucina Di Paolo said it all: “His Talent -- My Mouth.” Customer after customer came in to pick up their orders, as the restaurant’s devoted clients know not to count on a seat in this three-table and six-chair-counter establishment. Mary Jean Wegner, known as “the mouth” of the duo, greeted each … END_OF_DOCUMENT_TOKEN_TO_BE_REPLACED 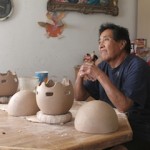 By David Beres I am in Arizona on the western side of the Tohono O’odham Indian Reservation about 15 miles from my home on the reservation on State Route 86, searching for the junction of Route 24 (State Route 86, Mile Marker 65) which will take me to the village of Hickiwan. This village of several hundred people is one of more than a dozen that dot the 2.5 million acre … END_OF_DOCUMENT_TOKEN_TO_BE_REPLACED 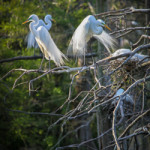 By Jessica Pickett ITWPA Member Lazily strolling along, I was listening to the sound of my own steps crunching on the pebble-strewn path and stopping every so often to rest in a patch of shade that dappled the walkway before me. Watching the comings and goings of the bees flitting from one bloom to the next, inhaling the sweet smell of lilies and honeysuckle heavy in the … END_OF_DOCUMENT_TOKEN_TO_BE_REPLACED