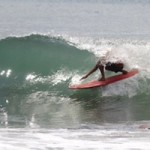 By Janet Nisted ITWPA Member “Thank God that’s over,” said Trevor as he wearily stumbled out of the dusty minibus into the welcoming entrance of the Java Cove Beach Hotel. Over an ice-cold Bintang, he described the 12-hour, bone-rattling journey by road from Jakarta. “That road’s got more holes in it than one of granny’s lace doilies,” he said. We celebrated our own … END_OF_DOCUMENT_TOKEN_TO_BE_REPLACED 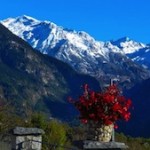 By Jan Barton Alpine meadows, crystal-clear rivers, and snow-capped peaks greet the summer visitor to the ancient, glacier-carved Val Formazza in the western Italian Alps. During the warmest months of the year, which are usually July and August, Italians migrate to the ocean or higher elevations not only to escape the heat but also the huge throng of visitors making an … END_OF_DOCUMENT_TOKEN_TO_BE_REPLACED 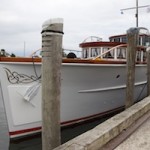 By Mary M (Marcie) Woodward ITWPA Member The queue snakes along a dock in Hyannis harbor northward toward the Cape Cod Maritime Museum. Retirees with grandkids in tow, international tourists, workers on a lunch break, and curious history lovers of all ages chat together while waiting. All have gathered to take advantage of a unique opportunity: for five hours only, the … END_OF_DOCUMENT_TOKEN_TO_BE_REPLACED 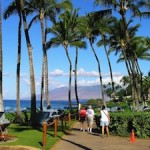 By Tim Cotroneo ITWPA Member For those considering Maui’s plush Wailea hotel zone for their next vacation, expect to pay $14 for a Mai Tai, $170 for Old Blue Golf Club greens fees, and $285 for a weekly rental on a Mustang convertible. The good news is there is one awe-inspiring Wailea activity that is not only healthy, it’s absolutely free. Wailea is home to one of the … END_OF_DOCUMENT_TOKEN_TO_BE_REPLACED 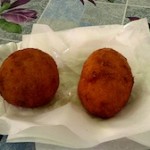 By Anthony Lo Gelfo There is no question for me that when it comes to food Sicily can’t be beaten. The island offers the best of Italian cuisine spiced up with North African and Arabic influences, due to the island’s historical location as an important hub along the Mediterranean trade route. Palermo, Sicily’s capital city, has its own unique cuisine and a thriving street … END_OF_DOCUMENT_TOKEN_TO_BE_REPLACED