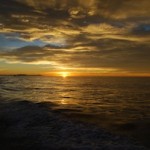 By Holly Brega Stumbling around in the dark without waking any of the 10 sleeping travellers was a little harder than I expected. I was impressed with myself for packing my rucksack the night before, as it would now be close to impossible. Stepping over bags, guitars, and beer bottles without disturbing a soul was the first mission of the day. What I was about to do would be … END_OF_DOCUMENT_TOKEN_TO_BE_REPLACED 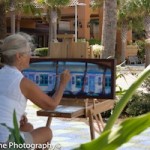 By Diane Leone Like stalking rare animals in the wild, I set out trekking through Hanna Park, hoping to capture a glimpse of an artist “Painting the Region.” Hanna Park in Mayport, Jacksonville, is a gorgeous area with a lake and beach access. After many stops, hikes, and beautiful distractions, I spotted a lone artist. She was in such a remote place -- with a … END_OF_DOCUMENT_TOKEN_TO_BE_REPLACED 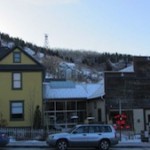 By Melissa Jones ITWPA Member“When you work hard all day with your head and know you must work again the next day what else can change your ideas and make them run on a different plane like whiskey?” -- Ernest HemingwayNext time you’re in Park City, Utah, be sure to hit a local favorite watering hole -- the High West Distillery & Saloon. Whether … END_OF_DOCUMENT_TOKEN_TO_BE_REPLACED

By Bina JosephOf all the elements associated with Africa, the ethnic names of people, places, and things have to be the most evocative. Other-worldly, polysyllabic, ineffably musical and mysterious, they immediately invoke mind-pictures of impala gamboling through rolling savannah, the surround sound symphony of indigenous avian twitter, and fierce, blazing, purple and … END_OF_DOCUMENT_TOKEN_TO_BE_REPLACED 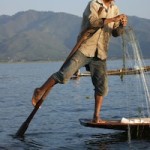 By Jon TannerPhotos by Jon TannerITWPA MemberIt’s hard to tell where land ends and lake begins, what is solid and what is not. Lined by rippling mountains to the east and west, Inle Lake stretches seemingly infinitely into the distance. Our motorized longboat glides through tangles of weed and past giant lumps of solid, floating greenery as gulls swoop past. We approach a … END_OF_DOCUMENT_TOKEN_TO_BE_REPLACED