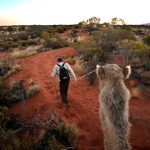 By Ellen Hill Photos: David HillThere’s something exotic about straddling half of a double saddle atop a one-humped beast that’s letting out rude noises in the middle of one of the most mystical places on earth.  … END_OF_DOCUMENT_TOKEN_TO_BE_REPLACED 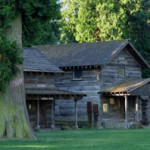 By Dawn-Marie HanrahanUnder a canopy of aged cedar trees, Pioneer Park in Ferndale, Washington, is home to one of the most distinctive collections of authentic log cabins in the United States. Built by early settlers in the 1800’s, these buildings were transported from various locations throughout Whatcom County to be preserved here in a village-like setting along the … END_OF_DOCUMENT_TOKEN_TO_BE_REPLACED 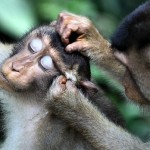 By Carole-Anne FooksOne of the unexpected rewards of a visit to the Sepilok Orangutan Rehabilitation Centre close to Sandakan, Sabah, on the Island of Borneo, is a close encounter with pig-tailed macaques (Macaca nemestrina). … END_OF_DOCUMENT_TOKEN_TO_BE_REPLACED 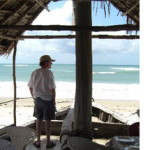 By Khari LaMarcaIf you are looking for the perfect place to enjoy the sea and an empty, unspoiled, two-kilometer beach, you’ll find it in Tanzania at Kasa Beach Hideaway. If you’ve ever wondered what it would be like to simply vanish, this is the ideal destination to find out. Just 40 kilometers from urban Dar es Salaam, with its dusty streets and maniac drivers, … END_OF_DOCUMENT_TOKEN_TO_BE_REPLACED 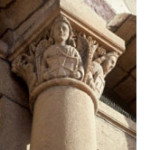 By Michele AngelloThe wind blows differently here—redolent of roasting chiles and piňon wood burning in a crackling fireplace. The light is different, too—a soft, amber glow that has long captured the eye of artists. The warm earth smolders red—reflected in the adobe that seems to pop up in the most meaningful and the most mundane places, from the oldest … END_OF_DOCUMENT_TOKEN_TO_BE_REPLACED