By Mary Charlebois ITWPA Member         Over half of the manuscripts I receive have neither a title, byline, nor contact information. If the manuscript is separated from the pitch email, I can’t publish the piece, no matter how good it might be. That story will end up in the closed file. Identify your story and yourself. The first line … END_OF_DOCUMENT_TOKEN_TO_BE_REPLACED 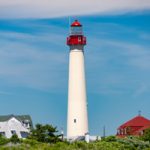 By Michelangelo DeSantis ITWPA Member Cape May, New Jersey is known for its brightly painted Victorian-style homes, sandy beaches, and bird watching, but there is another fun-filled thing to do in this seaside resort. Cape May Whale Watchers is a local tour operator that runs a Grand Lighthouse Cruise during the summer months. Yes, this is exactly what you’re … END_OF_DOCUMENT_TOKEN_TO_BE_REPLACED 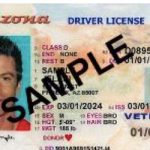 By Joeann Fossland ITWPA Member What is it? The new travel ID complies with the federal REAL ID Act of 2005. Beginning October 1, 2020, Federal agencies, including DHS and TSA, will only accept state-issued driver’s licenses or compliant identification cards for accessing Federal facilities including TSA airport security checkpoints if the license or card was issued … END_OF_DOCUMENT_TOKEN_TO_BE_REPLACED 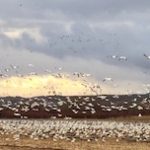 By Jennifer A. Germano The heavens swirl in a tornado of shrill cries and powerful gray wings. Thousands of sandhill cranes rise into the sky and the pale light of evening. Their long skinny legs tucking up and stretching out behind them. The cottonwoods and soupy marshes appear blurred and otherworldly in the dim light at day’s end. Every ray of sunshine might allow you … END_OF_DOCUMENT_TOKEN_TO_BE_REPLACED 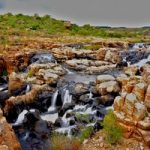 By CJ Horn For those unaware of the unrivaled views of Bourke’s Luck Potholes in South Africa, the meandering trail and myriad bridges look like a barrier to entry. From the Coca-Cola red postcard frame, literally, a large rectangular frame through which you can take a picture of the landscape, to the sinuous paths of the river confluence, the Potholes are a unique and … END_OF_DOCUMENT_TOKEN_TO_BE_REPLACED