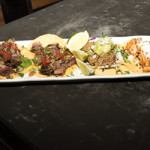 By Julie Picardi ITWPA Member We arrived at dusk, our grumbling bellies demanding satiety, but the little cowboy town of Jackson Hole, Wyoming, known for its Old West appeal, appeared to be asleep for the season. The thought of cold sandwiches for dinner motivated our hunter/gatherer instinct, so we set out to calm the hunger beast within us. As we walked down Broadway … END_OF_DOCUMENT_TOKEN_TO_BE_REPLACED 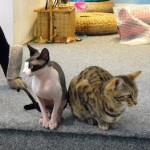 By Rosemary Francis Nestled under Edinburgh’s protective castle rock, just off the wide sweep of the Grassmarket, there is a café with a difference situated at 17-19 West Port. The shop window is empty save for some carpeting. However, you may see two felines flash through it playing chase, or perhaps, in a late sunbeam, there may be a snoozing cat curled up in a … END_OF_DOCUMENT_TOKEN_TO_BE_REPLACED 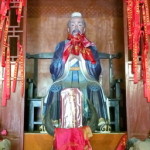 By Russ Kirk ITWPA Member We’re in Wuwei, Gansu province, Northwest China. No English spoken anywhere. We’re off to see the 1,600-year-old Big Buddha of the Tiantishan Grottoes. This massive 45-foot-high carved sitting Buddha is 31 miles south of Wuwei. Arriving at the turnoff to the grottoes, we find the road closed. After some pantomime with the guard and taxi driver, … END_OF_DOCUMENT_TOKEN_TO_BE_REPLACED

By Annie Adams Nashville has quickly transformed into the new Southern hot spot, and is now a must-see destination for many travelers. Drive the short six miles east of Broadway’s honky-tonks and bright lights, though, and you’ll find yourself in one of the city’s oldest neighborhoods that is having a renaissance of its own. Donelson has been a proper neighborhood since … END_OF_DOCUMENT_TOKEN_TO_BE_REPLACED 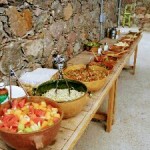 By Nina Wisniewski ITWPA Member On a short, pleasant drive from the center of colonial San Miguel de Allende, you will find Rancho Zandunga, a music and dining venue created by world-class musician Gil Gutierrez and Rebecca Kemelhar. Six years ago, Gil and Becca began building a “country place” to join with friends and indulge in their passions: making music, cooking and … END_OF_DOCUMENT_TOKEN_TO_BE_REPLACED