Merroir: What’s in the Water There? 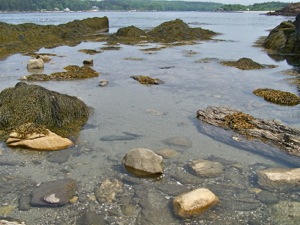 Growing up, the granddaughter of a lobsterman and native New Englander, I was no stranger to seafood and the delights of the sea. But it wasn’t until recent years that the Merroir of a place opened my eyes – and my taste buds!

A Seattle Times food writer first coined the term ‘Merroir’ in 2003. Since then, oyster farmers and enthusiasts alike have been using it to elevate their craft. Put simply; Merroir is to oysters as terroir is to wine. In wine, the terroir of a place – such as soil and climate conditions – will affect the flavor and fruit-bearing of a crop. Likewise, for oysters, the Merroir of a place – such as salinity and suspension – will affect the flavor and volume of the harvest. 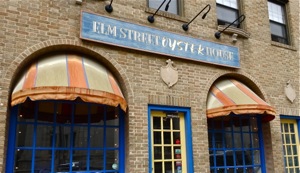 Over the years, I’ve learned that Oysters are the best way to explore and experience the full flavor of a region. That’s because oysters are filter feeders, and they feed on the suspension in their waters – a combination of plankton, minerals, and grasses. Besides taste, oysters can also be classified by size, texture, and finish, all of which are largely dependent on the region where they’re raised.

Rappahannock Oyster Company, on the Chesapeake Bay, has capitalized on the term Merroir and opened a restaurant of the same name near their farm. They have quite a cult following and with good reason. Rappahannock oysters are some of the best oysters you will ever eat. It turns out it’s because of the water. The Rappahannock River location where they’re farmed is precisely mid-Atlantic coast, at the mouth of an estuary, where the salt of the sea meets the freshwater flows from the land. They call this area the ‘transition zone,’ and it’s just one of the many farms located in the Bay. 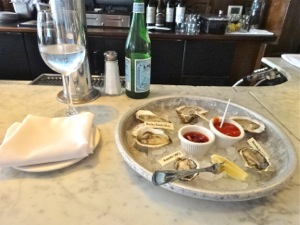 While Wellfleet Oysters have recently been called the ‘unicorn’ of oysters in the media, one would argue that taste is subjective. Wellfleet Oysters consistently score well in all four categories, but I wouldn’t call them unicorns. The beauty of being an oyster enthusiast is that taste is personal. It’s intimate and primal at the most personal level – consumption.

What I find interesting as an oyster enthusiast is that a harvest can change from year to year. For example, an oyster I fell in love with one year stayed consistent the next year and then became too briny and thin for my taste the following year. Why was that? Was the oyster mislabeled? Was the bushel affected in transit? What were the underlying factors that changed the flavor and texture of my beloved bi-valve? I had to know. I had to understand what happened at the source. And that’s how I came across the concept and understanding of Merroir.

Oyster obsessives like myself are on a quest for the Holy Grail. When not traveling, one of the best ways to sample oysters is to check out an oyster bar – one that offers selections from all regions, both domestic and international. 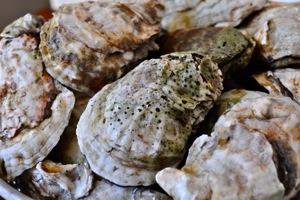 To scratch a recent itch for Oysters, I visited the Elm Street Oyster House in Greenwich, Connecticut. Connecticut is known for its Blue Point oysters, and oyster farms are abundant in the southern Sound. The size and texture of blue points make them very popular restaurant appetizers. Their taste can range from salty to sweet. 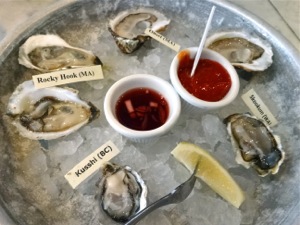 I was expecting to see blue points on the menu at Elm Street, but I was pleasantly surprised instead. The oyster menu was extensive, but on this day, my time wasn’t. I just happened in between two appointments and took a quick seat at the bar. I grabbed the oyster menu, and lo and behold I saw an oyster I hadn’t tried before – a new entrant from Rocky Hook, Massachusetts. I placed my order, and the service was swift. Then, with one bi-valve, my whole world changed. I’m now one step closer to my grail quest. 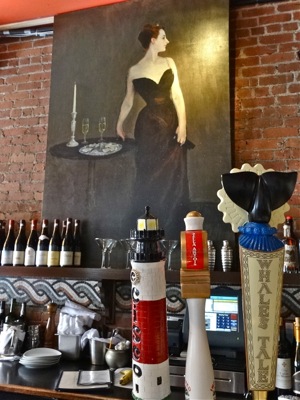 As luck would have it, this Rocky Hook entrant is non-existent online. If I want to find them, I’ll have to travel to Massachusetts to track down the farm that sourced my best bi-valve yet. And so it goes. That’s how great travel quests begin – the need to find something, and then the need to understand, “What’s in the water there?” ~TPM

About Karyn Devlin—Karyn is an Army Veteran, Photojournalist, Author/Illustrator, and Oyster Enthusiast. She’s visited all 48 contiguous United States, and her goal is the see both Alaska and Hawaii by 2021. She lives with her husband in a small town in New England, where every day brings new adventures.