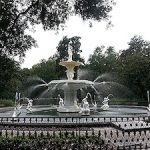 By Cathy Hempstead After reading the novel Midnight in the Garden of Good and Evil by John Berendt (affectionately referred to as simply THE BOOK in Savannah), I was intrigued to learn more about Savannah, Georgia. I arrived in a torrential downpour and immediately immersed myself in the historical downtown area and southern living by checking into the Savannah Bed & … END_OF_DOCUMENT_TOKEN_TO_BE_REPLACED 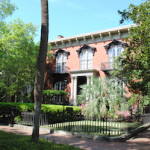 By Regis Yaworski In 1997, the statue of a young girl was moved from Bonaventure Cemetery in Savannah, Georgia, to a city museum. The statue, a little over four feet in height, had no special historic significance; despite that, it was moved for its own protection as well as to prevent damage to the cemetery plot where it had stood in relative obscurity since the late … END_OF_DOCUMENT_TOKEN_TO_BE_REPLACED