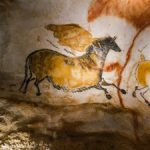 By Jim Cassidy ITWPA Member “This is not a reproduction, it is a work of art,” proclaimed the then president of France, Francois Hollande, after officially opening The International Cave Painting Centre at Lascaux early in December of last year. For four years and at a cost of 60 million euro (approximately $66 million), a team of specialists had been hard at work … END_OF_DOCUMENT_TOKEN_TO_BE_REPLACED