By Tony Fogarty When Australia was first settled by the British in 1788, this sun-drenched land down-under was introduced to the English language. It was spoken in all its English and Irish accents with a bit of Scots and Welsh thrown in as well. Over time, the amalgamation of the accents plus a dose of cockney rhyming slang has created a unique Australian brand of English … END_OF_DOCUMENT_TOKEN_TO_BE_REPLACED 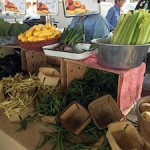 By T L Stephens ITWPA Member The Market, as we kids called it, has been in existence as long as I can remember. Looking through the eyes of youth, it seemed huge, with lots of sheds and tables and vendors. As I grew into adulthood, I began to realize what an important role the Market played in the lives of so many, especially the farmers who were its mainstays. In the … END_OF_DOCUMENT_TOKEN_TO_BE_REPLACED 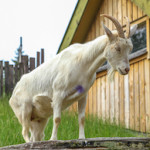 By Peggy Gordon ITWPA Member Everyone who visits Coombs on Vancouver Island, BC, Canada, just has to see the market with the famous pygmy goats on the grassy roof. The goats (named Willie, Daniel, Nibbles, and Minion) are still there but other things are ever-changing. The manager, Arthur Uri, says the future of the market depends on its ability to change. The … END_OF_DOCUMENT_TOKEN_TO_BE_REPLACED

By Emmanuelle M. Barea ITWPA Member As the sun slowly rises behind the Sydney Harbour Bridge, ferry traffic starts, back and forth, as a well-orchestrated ballet. Soon, Sydneysiders are flooding Circular Quay. The ferry terminal is at its busiest and you’re sitting by the river, sipping your coffee. The Opera Kitchen terrace is the perfect place to watch the show while … END_OF_DOCUMENT_TOKEN_TO_BE_REPLACED 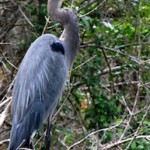 By Laima Rastikis ITWPA Member Need a break from the sun and sand while visiting south Florida? Whether you’re staying in the Naples area or Miami/Fort Lauderdale, you have a vast natural wonder less than an hour’s drive away. The 729,000-acre Big Cypress National Preserve and western everglades are a fascinating ecosystem that’s home to hundreds of animal and plant … END_OF_DOCUMENT_TOKEN_TO_BE_REPLACED