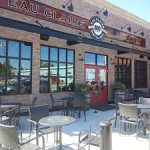 By Sally Pederson ITWPA Member South of Calgary in the foothills of the Rocky Mountains is the historical town of Turner Valley. The local movie theater, built in 1923 on what was known as “Whisky Row,” has been renewed and is now the home of Eau Claire Distillery -- Alberta’s first craft distillery. With their “grain-to-glass” philosophy, it’s the ideal setting, from … END_OF_DOCUMENT_TOKEN_TO_BE_REPLACED 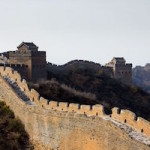 By Colleen Bessel ITWPA Member Gingerly I step through the crumbling watchtower at Samatai West and onto the Great Wall of China. I will never forget that first moment. The wall snaking off in either direction as far as the eye can see, the trail undulating up and down along the crest of the mountain ridge. It stops you in your tracks. It takes your breath away. Steep, … END_OF_DOCUMENT_TOKEN_TO_BE_REPLACED 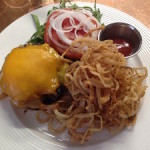 By Victoria Hart ITWPA Member Charleston, South Carolina is a food town. Good old southern cooking is available, but so is fresh farm to table cuisine. Located at 18 Pinckney Street in the historic district is a charming old house off the beaten path with culinary magic happening inside. A creation of Executive Chef John Zucker, the name inspired me to expand my French. … END_OF_DOCUMENT_TOKEN_TO_BE_REPLACED 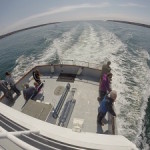 By Rachel Shubin ITWPA Member Photographs by Rachel Shubin and George Shubin The golden sun sparkling on the rolling sea, the salty wind kissing my cheeks, and a massive gray whale skimming through the water before diving down below -- for years I had dreamed of beholding this blue ballet up close from a whale watching boat. Alas, what I had also imagined was spending the … END_OF_DOCUMENT_TOKEN_TO_BE_REPLACED 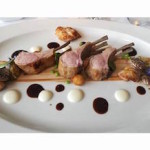 By Teri Bialosky A fellow patron at Arzak, a renowned restaurant ranked #8 on the World’s Best List and featured in a wonderful documentary entitled “Three Stars” (well worth watching), was making copious notes of each course. He told me he had been coming to the restaurant in Spain’s Basque region for years, but this time he was writing a review for a regional paper. (He is … END_OF_DOCUMENT_TOKEN_TO_BE_REPLACED