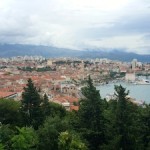 By Jillian Ford-Carver A gallery employee pulls me aside as if to share a well-kept secret. “Take a peek under this dining table; there were buttons installed to call the servants (a preferred alternative to yelling down the hall),” he says. “This is the only room in the villa that looks just as it did when Mestrovic lived here.” The Ivan Mestrovic Gallery had not even … END_OF_DOCUMENT_TOKEN_TO_BE_REPLACED 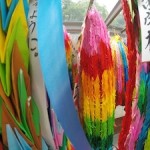 By Shannon McChesney ITWPA Member It is a beautiful sunny August day in Hiroshima, Japan. The cool breeze off the river is welcome relief from the hot summer day. But amidst the wonderful weather stands a structure infused with sadness and pain, the reason for my pilgrimage. The Hiroshima Industrial Promotion Hall, now known as the A-Bomb Dome, is an imposing reminder of … END_OF_DOCUMENT_TOKEN_TO_BE_REPLACED 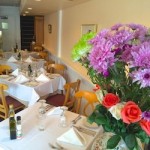 By Joe Hanneken ITWPA Member Dallas’s premier upscale neighborhood restaurant is celebrating its 25th year serving traditional Italian food to its neighbors. So what happened to the “great little neighborhood restaurant”? Remember that favored place where you were sure to recognize a neighbor or two? Well, hidden away in the trendy Knox/Henderson area, within striking … END_OF_DOCUMENT_TOKEN_TO_BE_REPLACED 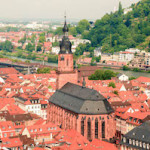 By Shelli Elledge Photographs by Ron Elledge ITWPA Members Uniformed and caring staff members to assist... sweeping views of life along the water’s edge... smells of specially prepared pastries for this afternoon’s tea. On a Rhine River cruise -- in my opinion, the Rhine is the most magical river to cruise -- guests are never far from the comforts of home. Relaxing on our … END_OF_DOCUMENT_TOKEN_TO_BE_REPLACED 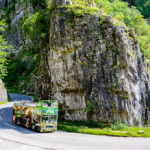 By Ken Potter ITWPA Member On a visit to England’s West Country, it’s easy to miss the village of Cheddar, tucked away at the foot of the Mendip Hills, 18 miles southwest of Bristol. But this picturesque gem, hidden deep in rural Somerset, is a trove of touristic treasure and well worth the effort of swinging off the main highway. Behind the village, cleaving into the … END_OF_DOCUMENT_TOKEN_TO_BE_REPLACED