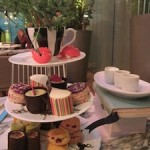 By Kimberly Weitkamp ITWPA Member The Drink Me potion lingers on the tongue, the mango nectar strong and sweet. Ensconced in a dark-tinted glass apothecary bottle with a mini straw and a Drink Me label, this is one difficult beverage to ignore. Surrounding the bottle are various cakes and scones, a tea fit for a king or a little blond girl who followed a rabbit down a hole. … END_OF_DOCUMENT_TOKEN_TO_BE_REPLACED 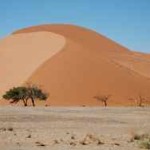 By K.M. Burke ITWPA Member Photos by Silvio Carlucci Sossusvlei is in Namibia, an extremely arid country, located on the Atlantic coast of Africa, just north of South Africa, west of Botswana, and south of Angola. Sossusvlei means “dead-end marsh,” so named because there is no outflow for the Tsauchab River, which flows there occasionally. Namibia is one of the most … END_OF_DOCUMENT_TOKEN_TO_BE_REPLACED

By Don Ford I couldn’t believe it. There I was watching an NHL hockey game in Tampa, Florida. You will be surprised when I suggest that you go to an NHL hockey game while in Florida. I was. In fact I was in for two surprises. The first was that Floridians actually go to hockey games. When I think about Florida I think sunshine, beaches, dozens of restaurants, swimming, … END_OF_DOCUMENT_TOKEN_TO_BE_REPLACED 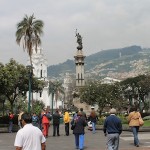 By Roy Sherrid Our first clue that my wife Melody and I were going to be staying at a hotel that was not your standard lodging was when we were assisted out of our taxi by two colonial-Spanish-dressed doormen, complete with embroidered vests and cuffed frock coats. We had been traveling to Europe on our previous vacations over the years, but this year we chose to visit … END_OF_DOCUMENT_TOKEN_TO_BE_REPLACED 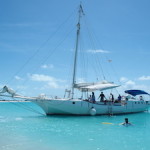 By Tim Cotroneo It’s not every day that one is given the opportunity to sail on a rum runner in the Turks and Caicos Islands. The mere thought of hopping aboard a 77-foot schooner in the heart of the Caribbean’s bluest waters seems like a scene right out of a Johnny Depp movie. On a brilliant Sunday afternoon in Providenciales, 12 adventurous souls -- myself included -- did … END_OF_DOCUMENT_TOKEN_TO_BE_REPLACED