By Dawn Hertzog ITWPA Member The most direct route from the coast of North Carolina to the Great Smoky Mountains National Park system in western Carolina is Interstate 40, past Maggie Valley, where any self-respecting biker -- or classic automobile enthusiast, for that matter -- must take time to stop and explore Dale Walksler’s Wheels Through Time Museum, a shrine to rare … END_OF_DOCUMENT_TOKEN_TO_BE_REPLACED 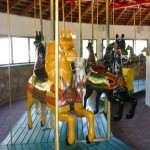 By Joe Brusse In Brenham, Texas, about halfway between Houston and Austin, there is an old carousel in the city’s Fireman’s Park. I can remember my father taking me for a ride on that carousel about sixty-five years ago. Recently, I had a chance to revisit the park and it brought back many vivid memories. The carousel is a unique and historic antique. Remarkably, it has … END_OF_DOCUMENT_TOKEN_TO_BE_REPLACED 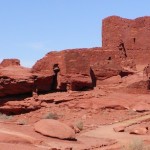 By Marlene V. Battelle A long weekend in northern Arizona with good friends -- what could be better? Not much! It’s the Grand Canyon and more, in the off-season. Everyone has heard of the Grand Canyon, but in combination with other places of interest in northern Arizona, October or March is a great time to visit. You can avoid the hordes of tourists that invade one of the … END_OF_DOCUMENT_TOKEN_TO_BE_REPLACED 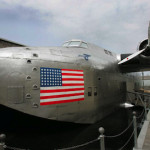 By Des Townshend  Where in the world would you find a transatlantic journey that once offered a lounge, a formal dining room, a white linen table setting for up to 35 passengers, a menu of shrimp cocktail, turtle soup, steak, fresh vegetables, peach Melba, and a wide choice of drinks? This was not a transatlantic cruise, because ships took seven to nine days to cross the … END_OF_DOCUMENT_TOKEN_TO_BE_REPLACED 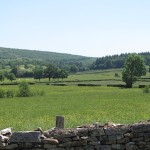 By James Ullrich There seems to be an interesting trend starting in the theatre world, one which has history lovers and travel addicts like me very, very intrigued. Theatrical companies are facing declining audiences, many of whom now flock to the more realistic experiences of modern digitally-enhanced blockbusters, and they have been forced to get creative in their … END_OF_DOCUMENT_TOKEN_TO_BE_REPLACED