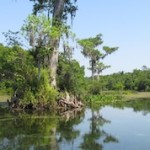 By John S. Mooshie Conveniently located on Florida’s panhandle, an easy journey 20 miles south of Tallahassee, Wakulla Springs State Park is a veritable magnet for outdoor enthusiasts.The 6,000-acre wildlife sanctuary hidden in the lush wilderness of North Florida is literally a Garden of Eden. (The name Wakulla is an Indian word for “strange and mysterious … END_OF_DOCUMENT_TOKEN_TO_BE_REPLACED

By Tom McGovernITWPA MemberBoston Common, as we learn during the Ghost & Graveyard Tour, is the last resting place of many Boston citizens. Known as The Common, it has had a long reputation as a killing field. In the 1890s a mass grave was unearthed -- 900 men and women now rest in an unmarked grave at the northeast corner of the park. It is also the place where public … END_OF_DOCUMENT_TOKEN_TO_BE_REPLACED 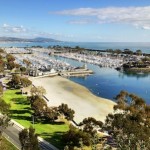 By Warren ThompsonITWPA Member  In 1835 there was a two-mast brig outbound from Boston called the Pilgrim. It was destined to be a long trip, as it was bound for the west coast of California to buy leather from the Fathers of the San Juan Capistrano Mission. One of the common sailors who signed on with the Pilgrim was named Richard Dana Jr. His fame began in 1840 with the … END_OF_DOCUMENT_TOKEN_TO_BE_REPLACED

By Laura MacyITWPA MemberI had been invited to spend a week in Ft. Lauderdale, Florida. A relaxing week in the sun, I thought, would be a welcome break from Ohio. When my daughter learned of the plan, she eagerly decided to join me … with her three children. Thinking that I would have to be reasonably creative in order for three children to be entertained beyond … END_OF_DOCUMENT_TOKEN_TO_BE_REPLACED 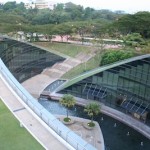 By Judi ZienchukAs one of the four emerging Asian Tigers (along with Hong Kong, South Korea, and Taiwan), Singapore has developed quite a global reputation as a clean city full of great shopping. While the city does live up to its reputation, one thing that it does even better is promote green sustainability. Trees line highway medians throughout the city and the entire country … END_OF_DOCUMENT_TOKEN_TO_BE_REPLACED