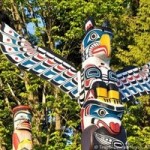 By Trupti Devdas Nayak Vancouver makes the perfect long-weekend getaway for those living in Seattle or on the west coast of the U.S. A quick drive across the border or a short flight and within a few hours -- voila! -- you are in a different country! Vancouver’s charm lies in its exotic mix of European and native First Nations influences which is visible everywhere. After … END_OF_DOCUMENT_TOKEN_TO_BE_REPLACED 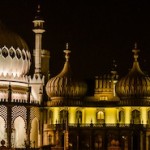 By Ken Potter ITWPA Member A short train-hop from London to the south coast of England brings you to Brighton -- a seaside resort not to be missed! With its buzzy nightlife, beachfront cool, historic heritage, and treasure trove of quaint shopping lanes, it has long been a favorite on the visiting lists of those in the know. In the eighteenth century, Brighton burgeoned … END_OF_DOCUMENT_TOKEN_TO_BE_REPLACED

By Robert Lynn Walk into almost any restaurant in Barbados and you will find flying fish on the menu. After all, not only is it a ubiquitous national symbol, it’s part of the national dish -- cou-cou and flying fish. But for the best flying fish, with the most authentic Bajan feel, the Oistins Bay Gardens Friday night fish fry is not to be missed. A fishing town on the … END_OF_DOCUMENT_TOKEN_TO_BE_REPLACED 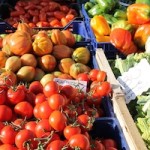 By Tamra Bolton ITWPA Member Every November, farmers, craftsmen, artists, and culinary artisans descend on tiny Figline Valdarno, located just forty minutes from the heart of Florence, Italy. During the annual Autumnia celebration, visitors can immerse themselves in Tuscan country living and its myriad traditions. You can taste fresh olive oil grown on the surrounding … END_OF_DOCUMENT_TOKEN_TO_BE_REPLACED 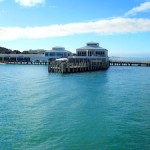 By Miguel Garcia ITWPA Member Photographs by Simone Garcia If ever the city of Auckland, New Zealand, had to offer its best, Devonport would be it. Situated a mere ten minutes by ferry from the Auckland Central Business District, Devonport is a pleasant treat for the senses. Beautiful Edwardian heritage buildings, spectacular bay scenery, and stunning beaches, this village … END_OF_DOCUMENT_TOKEN_TO_BE_REPLACED