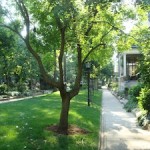 By Nicole D. TroxellFor a split second you may wonder if you've stepped back in time when ambling through the heart of historic Old Louisville in Louisville, Kentucky. Massive Victorian mansions flood the 48 city blocks, obscuring your view of anything but grand estates. Majestic leafy arches frame tree-lined streets, eclipsing the sky and sheltering passersby. The splendor of … END_OF_DOCUMENT_TOKEN_TO_BE_REPLACED 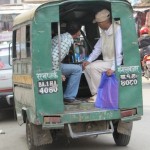 By Barbara Law Taxi from airport: 700 rupees (approximately US$13). Taxi to Boudhanath: 350 rupees. It all adds up and starts to eat into your travel budget. Why not take the local transportation? If you’re adventurous enough to try tuk-tuks and micros, they’re easy, fun, and cheap. Once you get the hang of it your wallet will thank you. Here’s how:Learn … END_OF_DOCUMENT_TOKEN_TO_BE_REPLACED

By S. Nadja Zajdman We are heading into the Alps. A sea of whitecaps above a thousand dark valleys sets the theme for our ride through the Valais. A swift, silent train on electrified tracks leaves Geneva in the early afternoon, whisking us away into the stunning landscape. FLASH! Velvet meadows in pastoral valleys. FLASH! Rustic villages of clustered chalets. FLASH! … END_OF_DOCUMENT_TOKEN_TO_BE_REPLACED 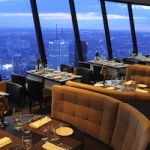 By Des Townshend The best time to arrive at the CN Tower’s revolving restaurant in the heart of Toronto is an hour before the sun goes down, as it takes 72 minutes to make one complete revolution. That way, you will catch a daytime view of the cityscape, and by the time you reach your dessert course you will experience the sun disappearing below the horizon as city … END_OF_DOCUMENT_TOKEN_TO_BE_REPLACED 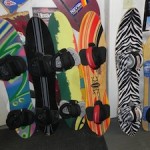 By Roy StevensonITWPA MemberPhotographs by Linda PopovichThis, the second of my two-part series on an adrenalin junkie’s tour of Southern Oregon, offers up three exciting adventures: sandboarding on towering coastal sand dunes, a thrilling helicopter ride, and yet another terrifying dune buggy ride. Which one of these rides do you think released the most adrenalin into my … END_OF_DOCUMENT_TOKEN_TO_BE_REPLACED