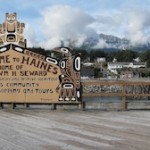 By Roy StevensonITWPA MemberPhotography by Linda PopovichThe small town of Haines nestles peacefully, overlooking the remote shores of Alaska’s pristine, 90-mile Lynn Canal -- the longest fjord in America. Haines lies at the base of the fog-shrouded Takshanuk and Chilkat Mountains. A belt of foothills covered in Pacific Northwest evergreens is all that separates the town … END_OF_DOCUMENT_TOKEN_TO_BE_REPLACED 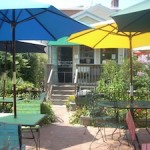 By Manning LeeNestled next to the alley behind Easton, Maryland’s South Washington and South Harrison Streets in what amounts to a city parking lot are Columbia Restaurant Group’s Lazy Lunch and L.L. Bakery. Normally, one would think that a restaurant in an alley/city parking lot would be lacking character, style, and panache. And when looking for a place in Easton … END_OF_DOCUMENT_TOKEN_TO_BE_REPLACED

By Bina JosephFrom April to October the “Tren a las Nubes” (“Train to the Clouds”) cuts a stunning swathe across the high peaks of the Cordillera de los Andes, from the city of Salta in northern Argentina, through the Valle de Lerma, entering the Quebrada del Toro, and arriving finally at La Puna.It takes its name from the vapor that swirls under and … END_OF_DOCUMENT_TOKEN_TO_BE_REPLACED 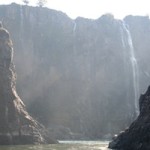 By Robyn QuinITWPA MemberThe mighty Zambezi River is 1,678 miles long and crosses five countries before it reaches Mozambique and empties into the Indian Ocean. Below Victoria Falls the river has carved out the Batoka Gorge, providing world-class white water rafting opportunities. The rapids are officially classed as Grade 5: “extremely difficult, long and violent rapids, … END_OF_DOCUMENT_TOKEN_TO_BE_REPLACED