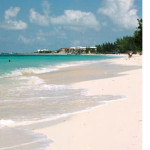 By Ginny RipleyAfter winning its independence from Portugal in 1975, Mozambique suffered through two bloody decades of civil war. Up to a million Mozambicans and countless wild animals died, leaving much of the countryside in ruin. The country was then ravaged by floods followed by severe drought. All of this left Mozambique without an economy and riddled with an estimated … END_OF_DOCUMENT_TOKEN_TO_BE_REPLACED

By Ruby V. AyersClay and Sandra Brugger looked in awe at the pristine 35-plus acres of raw and second growth timber. This rare parcel with half a mile of Chetco River frontage was a sight to behold. A myriad of thoughts ran through their minds as they wondered how they would get power and phone service to the property. … END_OF_DOCUMENT_TOKEN_TO_BE_REPLACED 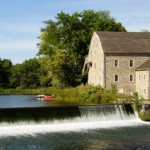 By Maureen BruschiOn the west end of Clinton, New Jersey, a magnificent 200-foot-wide waterfall separates the historic Red Mill Museum Village and the Stone Mill, home to the Hunterdon Museum of Art. Cross over the old truss bridge (constructed around 1870) and you’ll stroll onto Main Street, cherry tree-lined and filled with over 30 specialty shops and restaurants. … END_OF_DOCUMENT_TOKEN_TO_BE_REPLACED 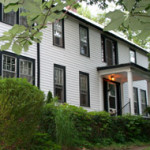 By Tracy CheneyIn the bosom of the South there once existed the most progressive art school in the nation, Black Mountain College. It was a crucible for the modern art movement right in the midst of the country folk arts still found throughout the region. Why here? It’s been an enclave of tolerance from way back. Perhaps the friendly mountain attitude of live and let … END_OF_DOCUMENT_TOKEN_TO_BE_REPLACED

By S. Nadja ZajdmanEvery Wednesday evening between March and October, Charles Dickens visits the house he made an early London home. He must have great affection for it. “Oliver Twist” was born here; so were his two eldest daughters.  … END_OF_DOCUMENT_TOKEN_TO_BE_REPLACED