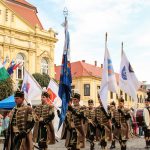 By Howard Marshall ITWPA Member The morning sun is warm and the large cafe umbrella casts a shadow onto the cobblestones of Zrinyi Square. Three lofty street entertainers stride onto their stony stage, their stilts lifting them high above the growing crowd and street trader stalls. Their rhythmic drum beat and quick tempo horn playing draws an attentive audience and the … END_OF_DOCUMENT_TOKEN_TO_BE_REPLACED 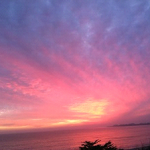 By Sharon Brown We three, my daughter, granddaughter, and me, were lowered down from our hovercraft and landed right in the middle of a big field of Brussels sprouts. This region is known for its contribution to feeding the world. We took in the surrounding area overlooking the Pacific Ocean. The day was waning and the sun began to set low in the sky. We wanted to get to … END_OF_DOCUMENT_TOKEN_TO_BE_REPLACED 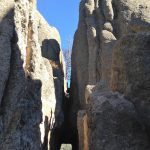 By Donna Renz While driving through Rapid City, I was afraid all of South Dakota was going to be just as congested. However, as my husband and I crossed the town line into Keystone, we were pleasantly surprised when the sign read “Population 337.” This remote mountain town is nestled into the ponderosa pine trees of the Black Hills and only minutes from Mount Rushmore, … END_OF_DOCUMENT_TOKEN_TO_BE_REPLACED 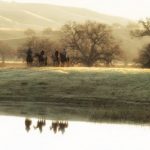 By Terry Granger ITWPA Member Branded by timeless western tradition, rustic family fun, and wholesome outdoor adventure, the ranch encompasses fertile green pasture, rolling foothills, lush woodlands, and fresh, sparkling streams. This is an adventurous destination for anyone who wants to get in touch with his or her inner cowboy. Situated in the Cholame Valley about … END_OF_DOCUMENT_TOKEN_TO_BE_REPLACED