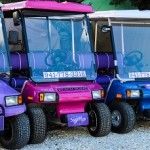 By Joann Waggoner ITWPA Member One island, three cities, seven miles, and lots of snow white, sandy beaches with spectacular shells against a setting of turquoise waters. It’s the beaches that draw people here, but the whole island experience is much, much more. As the sun started to create its evening canvas of oranges, pinks, and yellows, there were streams of people … END_OF_DOCUMENT_TOKEN_TO_BE_REPLACED 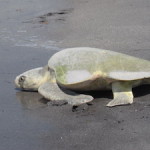 By Marcia Zache ITWPA Member While we were walking south from Englewood Beach toward Stump Pass State Park looking for shells and shark teeth, three teenage girls came running up talking so fast we could hardly understand a word. After catching a breath they said, “Hurry, she’s laying her eggs, we watched her come out of the water, climb up the sand dune... she’s so huge, … END_OF_DOCUMENT_TOKEN_TO_BE_REPLACED

By Amy Piper ITWPA Member “Eat Oysters, Get Lucky,” screams the multicolored neon sign over the bar. Oceana Grill is located in a 200-year-old house and serves contemporary Louisiana fare with an emphasis on the bounty of the Gulf, including those oysters you’ll need to “get lucky” -- fresh, chargrilled, or Rockefeller. This French Quarter, family-friendly, casual dining … END_OF_DOCUMENT_TOKEN_TO_BE_REPLACED

By Caitlin Williams ITWPA Member “Summer Rain” had me at hello. Offering a stunning image of Jackson Square, the photograph immediately drew me in with its spell of New Orleans timelessness and mystery that I hadn’t experienced -- or even imagined -- before. If you, too, are looking for magical portrayals of New Orleans that go beyond the typical tourist snaps, then … END_OF_DOCUMENT_TOKEN_TO_BE_REPLACED 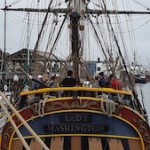 By Deborah Dickerson  ITWPA Member The tops of the masts were barely visible above the blanket of fog, and the maze of ropes, rigging, and hardware creaked and clanked in the offshore breeze. The first mate walked over and pointed upward. “Those are called baggywrinkles; they keep the lines from rubbing against the sail.” The hand-tied baggywrinkles looked like fuzzy bee … END_OF_DOCUMENT_TOKEN_TO_BE_REPLACED