by Lori Allen According to the June 2007 Air Travel Consumer Report from the U.S. Department of Transportation, American Airlines subsidiary American Eagle filed an average of 13 mishandled bag reports per 1,000 customers in April 2007. … END_OF_DOCUMENT_TOKEN_TO_BE_REPLACED

by Fatma Athar NaqviThe taxi driver left me in the Heritage Area, pointing vaguely toward the direction of the museum. Even with map and guidebook in hand, it was tricky trying to find it; there weren’t any signs in the narrow alleys to indicate its location. And the sweltering heat wasn’t helping. … END_OF_DOCUMENT_TOKEN_TO_BE_REPLACED 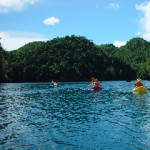 by Teba OruetaWhen you search for a real getaway to disconnect and relax, it pays to look for a place that feels like it could be your own; where the owners are waiting to greet you like family; where everywhere you turn there’s a spot for contemplation; where the food is so deliciously tasty that you want to take the cook home with you; where everything is so well … END_OF_DOCUMENT_TOKEN_TO_BE_REPLACED 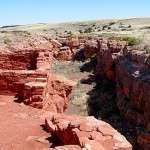 by Marlene V. BattelleThis one looks like a true volcano -- a barren cone of oxidized cinders that glow yellow and red, reminding people of a sunset. … END_OF_DOCUMENT_TOKEN_TO_BE_REPLACED 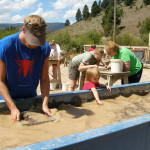 by Kerrie HubbardSituated in the Sapphire Mountains of Western Montana, 78 miles from Missoula, Philipsburg, Montana allows visitors an up-close glimpse into an era left behind. … END_OF_DOCUMENT_TOKEN_TO_BE_REPLACED