by Steenie HarveyI’m eyeing my dinner, and all appetite has vanished. Faced with a plate of chunky brown objects, yours might vanish too. Stippled with warts, these culinary relations of what could easily be A Thing From Outer Space have a shudderingly slippery texture. In fact, they’re so slithery it’s almost impossible to capture one with chopsticks. … END_OF_DOCUMENT_TOKEN_TO_BE_REPLACED 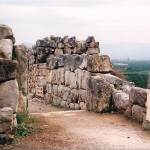 by Helen Ellis The town of Nafplio, in the Peloponnese, Greece, is a place the Gods smile upon. An aura of decaying antiquity haunts the Old Town, a breath of crass modernity pervades the New, and the Gods hang around just to see what the tourists are going to do next. … END_OF_DOCUMENT_TOKEN_TO_BE_REPLACED 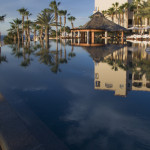 by Robert HorneI’m terrible at golf, not much better at tennis and I would rather spend an afternoon at the dentist than shop. If you're anything like me, you'll like Cabo San Lucas. At the southern tip of Mexico's Baja Peninsula, where the Sea of Cortez meets the Pacific Ocean, the sun shines 350 days a year. It's weather best enjoyed in the water. … END_OF_DOCUMENT_TOKEN_TO_BE_REPLACED 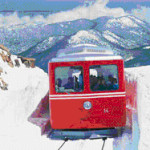 by Marilyn J. CarrollYou don't need an ice pick or crampons to ascend Colorado's most accessible "fourteener." Just outside of Colorado Springs, an hour south of Denver, Pikes Peak towers 14, 110 feet above sea level and lures visitors to its summit year-round on the Pikes Peak Cog Railway. … END_OF_DOCUMENT_TOKEN_TO_BE_REPLACED 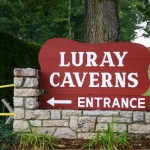 by Nancy CareyThe walkway spiraled deeper into the enormous cavern. We strolled from one softly lit chamber to another, awestruck by the magnificence:  Titania’s Veil, a shimmering white formation of pure calcite; Pluto's Chasm, an underground rift that spans the length of nearly two footballs fields and rises to a height of almost ten stories; Saracen’s Tent, … END_OF_DOCUMENT_TOKEN_TO_BE_REPLACED