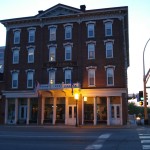 by P. Taylor HuffIf you enjoy staying at historic inns and hotels, but also prefer modern lodging conveniences, the St. James Hotel in Red Wing, Minnesota, will meet your expectations and more. … END_OF_DOCUMENT_TOKEN_TO_BE_REPLACED 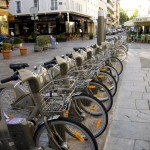 by Nancy PitmanIf you want to explore Paris without the crowded buses and trains, walking isn’t your only option.  The city of romance now offers a pick up, drop off bike venture.  Just look for the large bicycle racks bursting with new street bikes.  Once you find one, take a bike out and your first half hour of riding is free.  When you’re … END_OF_DOCUMENT_TOKEN_TO_BE_REPLACED

by David James AllanWishing to avoid the crowds on commercial Shop Street, I dart down Kirwan’s Lane, passing under the Liberator O’Connell’s window (so called because he supposedly stayed there when in town on court business) with a reverential nod. I am on my way to Merchant’s Road and the best cup of coffee in town. Focused on the need for a … END_OF_DOCUMENT_TOKEN_TO_BE_REPLACED

by Dean BartoshLooking to stay on budget while vacationing in Cancun, Mexico, we went grocery shopping at the “mega-mart” downtown. I found all the usual food that I was accustomed to, but soon realized that this was a store where you had to bring your own bags for your groceries. No big deal. I’ll just buy some bags. I found a clerk and asked him the location … END_OF_DOCUMENT_TOKEN_TO_BE_REPLACED 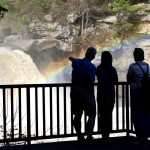 by Deborah BurstAlong the Appalachian Ridge, pioneers braved the Kentucky wilderness in what became the first great gateway to the west. James Clark burned the first trail in 1813, journaling the region’s virgin forest, mountain streams and waterfalls dispersed with infinite prairies filled with grazing herds of Bison. … END_OF_DOCUMENT_TOKEN_TO_BE_REPLACED