Scratch your nerdy itch and spend your money on what you should in Charleston, South Carolina: food. In January, Charleston’s Museum Mile offers a month-long pass to 11 historical sites located within a one-mile walking distance. The astonishing price is $25 adults, $10 children 12 and under.

The headliner is America’s first public museum, The Charleston Museum, founded in 1773. Allow at least two hours to meander the halls teeming with historical facts and relics from as far back as the 18th and 19th centuries, leading you through Charleston’s colonization, role in the Revolutionary war, prosperity through the antebellum years, and destruction as a result of the Civil War. Children will be captivated with many of the interactive exhibits, which include dressing up in colonial attire and the children’s hands-on room, putting the history of the low country into a child’s perspective. 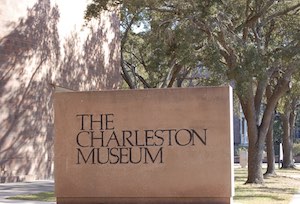 Closest in proximity to the museum are the two strikingly romantic historic homes, Joseph Manigault House and Aiken-Rhett House Museum, both cloaked in live oak trees dripping with Spanish moss. A third home, found on Tradd Street, Heyward-Washington House, displays the authentically preserved home of Thomas Heyward, Jr., one of the signers of the Declaration of Independence. These homes take you back in time to how wealth and privilege looked prior to the Civil War. Just across Meeting Street, tucked away on Ann Street, awaits more entertainment for the little ones at the Children’s Museum of the Lowcountry.

The path of history continues south down Meeting Street to include the Confederate Museum, hidden above the famous city market, a great place to step off the path and grab a snack or artwork from a local artisan. The Powder Magazine may be small but worth the stop. It is the oldest public building in South Carolina and tells the story of weaponry in Charleston from colonial times through the Civil War with an added bonus of an exhibit of local pirates. Just south, the Gibbes Museum of Art displays an extensive collection of American Art from the 18th century forward.

Along the way to the Old Slave Mart Museum you will experience Chalmers Street, one of Charleston’s oldest cobblestone streets, and its beautiful bright-colored homes with artistically designed iron gates. Aside from museum displays of slavery in Charleston pre- and post-Civil War, audio recordings tell the personal stories of slave owners, traders, and slaves.

Back on Meeting Street, the South Carolina Historical Society resides within the nation’s first fireproof building and houses books, letters, journals, and maps spanning Charleston’s 300-year history. This organization receives no local, state, or federal funding and operates only on the contributions of its members. 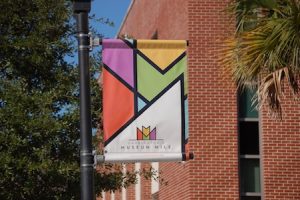 Further south, Meeting Street reveals the most expensive and extravagant homes in Charleston. The Nathaniel Russell House at 51 Meeting Street provides the opportunity for pass holders to glimpse into the Federal-style townhouse with its grand gardens and extravagant decor. Only a few blocks south resides the Edmonston-Alston House and its grandiose views of the Charleston Harbor. The interior contains Alston family furniture, art, and books from the early 19th century, and the vistas from the piazza are a prime example of why so many have chosen low-country living since the 1600s.

Final destination on the Museum Mile Month pass is The Old Exchange & Provost Dungeon. Guides donning 18th century attire greet visitors and tours are given regularly of the mysterious dungeon where pirates and slaves were held captive. The United States Constitution was ratified here and it is recognized as South Carolina’s most historic building.

The month pass provides anything from an entertainment-filled weekend to a month-long adventure meandering the streets of the holy city. Sprinkled along this museum mile are many galleries, cafes, and beautiful historic churches to satisfy the interests of any age. There are other combination ticket packages including African American Heritage, Best of Charleston Architecture, Charleston During the Civil War, and Revolutionary Charleston. You can get more information at www.charlestonmuseummile.org.