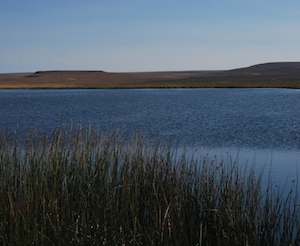 Covering an expansive 900 square miles of wildlife habitat in northwestern Nevada, the refuge is home to over 270 species including greater sage-grouse, California bighorn sheep, mule deer, pygmy rabbits, and its resident star, the pronghorn antelope. The refuge was established in 1931 through the efforts of the Audubon Society and Boone & Crockett Club primarily to preserve pronghorn populations. 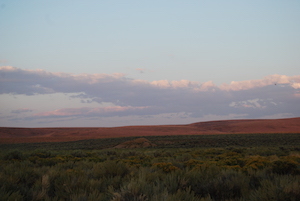 Despite holding the title as the fastest land mammal in the Western hemisphere at a whopping 60 miles per hour, pronghorns could not outrun the historic forces of poor wildlife management and ecological devastation; numbers dwindled from millions to mere thousands by the early 20th century. Today, due in large part to the refuge’s efforts, the population is rebounding, and there are few sights as breathtaking as a large herd of tan, white, and black bodies moving across Sheldon’s amber plains at breakneck speed.

Rustic adventures, like the infinite corn-blue skies of the refuge, abound for the estimated 15,000 to 20,000 visitors who come to the region each year, binoculars, sturdy hiking boots, and dirt-road-ready vehicles in tow. Boating, camping, fishing, hiking, horseback riding, hunting, photography, rock hounding, exploring prehistoric and historic sites, opal mining, swimming, and wildlife observation are among the many recreational activities the refuge affords. Take note that you’ll be well outside of cellphone service here, but you won’t have time to miss it. 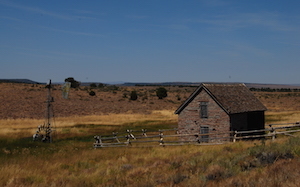 In early spring, watch profusions of gaudy butterflies, like the bespeckled fritillary, dance across endless flowery fields. Keep your wildflower guidebook handy. In late summer and early fall, spend the afternoon surveying pronghorn herds by the hundreds sweep across Swan Lake and Hobble Reservoir’s dry lake beds in search of forage grasses and yellow primroses. Step back in time at Last Chance Ranch, a modest 19th century homestead carved from remnants of the fabled frontier. Or capture a stunning pastel sunset by the waters of Catnip Reservoir as migratory birds swoop to and fro in hot pursuit of wispy caddis flies. Bring a tripod, extra SD card, and well-charged battery as the sweeping vistas and diminishing light are sure to occupy both amateur and avid photographers well into twilight.

Like the San Diego Zoo’s Safari Park, many of the refuge’s four-legged residents travel great distances throughout the day, so they are best spotted from vehicles. Besides binoculars and/or a sighting scope, be sure to bring plenty of water, sunscreen, insect repellant, first aid supplies, and layers of clothing as temperatures in the refuge fluctuate sharply from dawn to dusk. Unlike the Safari Park, where you observe transplanted animals in manmade landscapes, Sheldon promises glimpses of America’s pre-Columbian “Serengeti.” The views are breathtaking and the adventures unforgettable. You’ll be humming “Home on the Range” before you know it.

Sheldon National Wildlife Refuge is easily accessible via Highway 140 north from Winnemucca, Nevada, or Interstate 395 north from Reno, Nevada. Due to the remoteness of the location and its role in protecting the flora and fauna of Nevada’s high desert sagebrush-steppe ecosystem, you should come prepared to take advantage of one of the refuge’s campgrounds such as East Rock Spring, Fish Spring, or Catnip Reservoir, and you’ll need to pack out your garbage. For more information on the Sheldon National Wildlife Refuge, please visit: https://www.fws.gov/refuge/sheldon/.