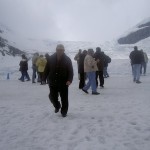 By Habeeb SalloumFor two days we gloried in the fantastic world of Banff National Park, enjoying its many natural and man-made attributes. We explored some of its castellated mountain peaks, dense forests, sweeping green meadows, turquoise lakes, sparkling rivers, and roaring waterfalls as well as its dazzling white snowfields. Now, we were leaving this scenic panorama for the … END_OF_DOCUMENT_TOKEN_TO_BE_REPLACED 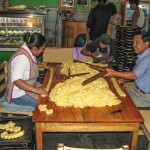 By Gail Knight ITWPA MemberAs we were traveling to various sites, my Ecuadoran guide told me we would be visiting a very unusual factory in a small town on the equator, Cayambe, a largely agricultural and dairy farming community of about 30,000 situated at the foot of the dormant Cayambe volcano. After he parked the car on the main street of the small town center, we walked a … END_OF_DOCUMENT_TOKEN_TO_BE_REPLACED 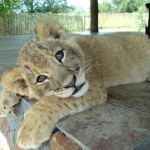 By Sylvie MacleITWPA MemberDo you have a soft spot for Africa’s big cats? Do you find safaris exhilarating but secretly wish you could jump out of the jeep to interact with the cuddly lion cubs? If you’re nodding your head, then this article is for you.  Volunteering at a Lion Research Centre is a rewarding way to make such dreams come true. It gives you ample time … END_OF_DOCUMENT_TOKEN_TO_BE_REPLACED 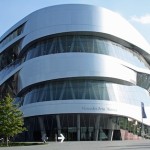 By Iain Shankland   Traveling to Stuttgart from any part of Germany is easy, thanks to the excellent autobahn and rail system. On our most recent visit we took in the very impressive Mercedes-Benz Museum.  As you walk up to the front doors of the museum your anticipation grows for what lies inside the great glass building, and it certainly doesn’t … END_OF_DOCUMENT_TOKEN_TO_BE_REPLACED