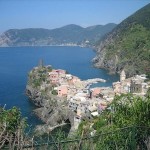 By Chris WildgenTucked a few steps up a side “street” (or stairs, really, as are all the streets in Vernazza except Via Roma), is Ristorante Incadese, also known as da Piva. Though Vernazza is a small town of about 500, da Piva is often overlooked in favor of the more visible restaurants on the waterfront piazza. But later on in the evening, visitors frequently … END_OF_DOCUMENT_TOKEN_TO_BE_REPLACED

By Herb Floyd ITWPA MemberHow is the flame on the Statue of Liberty related to a museum in Troyes, France, that celebrates ancient manual skills? Few artisans can match the accomplishments of Serge Pascal, master repousseur. (Repoussage, for which there is no easy English equivalent, involves hammering on a sheet of metal over a curved anvil to create relief. The various … END_OF_DOCUMENT_TOKEN_TO_BE_REPLACED 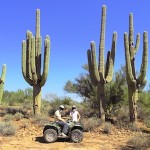 By Bob StarinkPhoenix, Arizona is a very hot place. Temperatures are over 104 degrees daily for months. Most people who fly into Phoenix just as quickly escape north to the cooler heights of Sedona and the Grand Canyon rim. However, beyond Alison Dubois, Phoenix can provide quite a bit of entertainment if you delve beneath the heat haze. We undertook one such adventure courtesy … END_OF_DOCUMENT_TOKEN_TO_BE_REPLACED 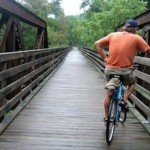 By Nancy FrenchITWPA MemberPhotos by Gloria AppleFlying down a mountain trail over fine crushed gravel, whizzing past wildflowers and trout streams, and rumbling over old railroad trestles on a bike can be the highlight of any visitor’s trip in southwestern Virginia. The Virginia Creeper Trail, built over the bed of the former Virginia-Carolina Railroad, travels through … END_OF_DOCUMENT_TOKEN_TO_BE_REPLACED

By Joe B. Houchin ITWPA member Now, if you’ve never kayaked, much less fished from one, your brain is surely asking for more clarification -- like, “Kayaking in the sea with a big, long fishing rod?” And if you’re visualizing those short boats resembling a cocoon that’s pointed at both ends and not much wider than the half a human body sticking up … END_OF_DOCUMENT_TOKEN_TO_BE_REPLACED