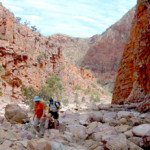 By Claudia RileyA Perentie lizard moves ponderously across the riverbed, its forked tongue flicking in and out, tasting the air, looking for food.  The quiet whir and click of digital camera shutters is the only sound on a breathlessly hot afternoon as tourists capture memories of a day out in the Australian bush.  Ormiston Gorge is Central Australia at its unbeatable … END_OF_DOCUMENT_TOKEN_TO_BE_REPLACED 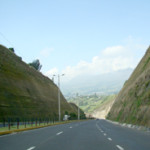 By Mary Anne LonzeIn Ecuador, Most travelers hop on the 40-minute commuter jet from Quito to the coastal city of Manta, but we chose the more adventurous 7-hour overland route. Through the Andes mountains. In a taxi. After all, why come this far and take the easy way out?  … END_OF_DOCUMENT_TOKEN_TO_BE_REPLACED 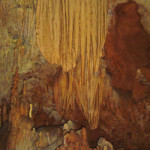 By Mark CampbellThe skeleton was on its back. I wondered how the woman would have felt as she was led—willingly? fearfully? proudly?—through the black cavern and sacrificed to appease Chac, the god of rain. “Actun Tunichil Muknal means cave of the stone sepulcher,” our guide had explained as we stood before the dark hourglass mouth of the cave 45 minutes … END_OF_DOCUMENT_TOKEN_TO_BE_REPLACED 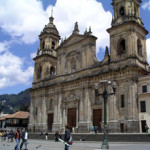 By Ifang HsiehA few years ago, my colleague returned from her business trip to Bogota, the capital city of Colombia, and mentioned that she was accompanied by at least one bodyguard whenever she ventured out of the hotel. My recent visit was unplanned, and in place of a bodyguard, I spent a day touring the city with a personal guide and a driver recommended by the hotel. Bogota … END_OF_DOCUMENT_TOKEN_TO_BE_REPLACED 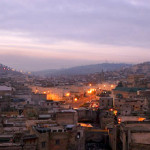 By Anita Breland and Tom FaklerBoujloud’s blue and green tiles glint in the setting sun. Place Pacha el-Baghdadi, the immense square outside the ancient medina gate, swarms with people jockeying for position along its brick ramps to view a free concert. … END_OF_DOCUMENT_TOKEN_TO_BE_REPLACED