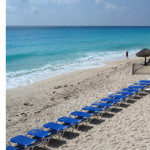 By Suzette BrawnerFor many travelers, just hearing the word Cancun conjures up images of loud, pulsing music, unlimited tequila shots, and throngs of half-naked college students burning off stress over Spring Break. Yes, during March and April every year, undergraduates migrate en masse to warmer weather with an unofficial invitation to the big party.  But as students head … END_OF_DOCUMENT_TOKEN_TO_BE_REPLACED 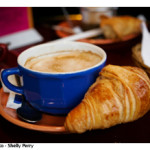 By Roy StevensonMany Americans put off traveling to Europe. They perceive it as beyond their pocketbooks. However, if you do a few simple things, you can cut your food and hotel expenses by as much as 25%. After airfare, your accommodations and food are your next major expenses when traveling. Here are some ideas to help you shave hundreds of euros (or British pounds, Swiss … END_OF_DOCUMENT_TOKEN_TO_BE_REPLACED 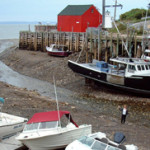 By Peggy Gordon You won't see many floating docks in the Bay of Fundy, like you do on the Pacific Coast of North America. The reason why is really quite simple … low tide in harbours along the Bay of Fundy means no tide at all. You can actually stand on the ocean floor. So you can’t use floating docks. Such a place is Hall’s Harbour, west of Cape Split on the Nova Scotia … END_OF_DOCUMENT_TOKEN_TO_BE_REPLACED 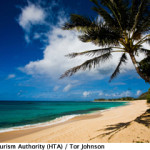 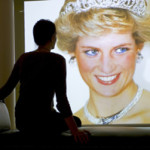 By Kate MaharDiana’s dresses, blushing debutantes and mannequins posing in court dress set the stage for the distinctly feminine appeal of London’s Kensington Palace. From now through the end of January 2010, two very special exhibitions make this fairytale palace a must-see for female visitors to London in the year ahead. … END_OF_DOCUMENT_TOKEN_TO_BE_REPLACED