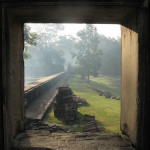 by Bonnie CatonPink cherry blossom petals coat the surface of the Potomac and flower beds thick with tulips brighten the corners of the city. It’s springtime in Washington, D.C., and even if you never left the underground metro system, you’d know it. The trains that are usually filled with adults in business suits and military uniforms begin to burst with families … END_OF_DOCUMENT_TOKEN_TO_BE_REPLACED 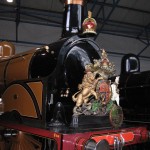 by Paula GriswoldThe British Rail Museum (BRM) in York, England, sits behind the York Railway and Bus Station, just outside the medieval city walls. The wealth of its exhibits is staggering. Over 100 locomotives, including a 15 by 93 foot long Chinese locomotive and the bright blue Mallard (the world’s fastest steam engine, clocked at 126 mph!), are parked inside the … END_OF_DOCUMENT_TOKEN_TO_BE_REPLACED 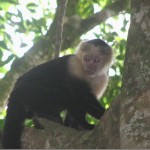 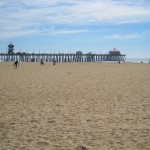 by Michael HendersonBasking in the hot sun, drifting in and out of dreamy snoozes while relaxing on the white sand beach, cooling in the Pacific waters as the kids build their fairytale sandcastle—this is the antithesis of the daily grind. This is Huntington Beach, California, also known as Surf City U.S.A., where the warm sun arrives as early as April and hangs around … END_OF_DOCUMENT_TOKEN_TO_BE_REPLACED