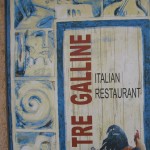 by Paul McMahonFrom Milan to Manhattan, I always order Carpaccio as my test of an Italian restaurant’s authenticity. Looking at the plate, I knew this restaurant in Todos Santos was doing something right. The beef was sliced across the grain, drizzled with olive oil, topped with freshly grated parmesan and finished with baby watercress. My wife always humors me, trying to … END_OF_DOCUMENT_TOKEN_TO_BE_REPLACED 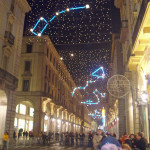 by Mary Ann Hejny Mmmmm—chocolate, chocolate, chocolate everywhere! A chocoholic’s fantasy, The Great Festival of Chocolate—finally, a dream come true! Turin (or Torino, as locals refer to their city), Italy has been hosting an annual, weeklong chocolate festival in the chocolate capital of the world for the past several years. My fellow travelers and I … END_OF_DOCUMENT_TOKEN_TO_BE_REPLACED 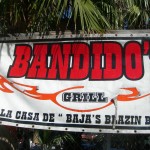 by Paul McMahonWhen traveling, there are times when you just want a burger, no matter how fine the local cuisine. The opt-out is for the familiar American-based chains, but in almost every city there is a gringo hangout. In La Paz, it is Bandido’s, behind the older marina and frequented by live-aboard sailors and long-term cruisers exploring the rich Sea of Cortez. … END_OF_DOCUMENT_TOKEN_TO_BE_REPLACED

by Jolenda BauerIf last Valentine’s Day was a dud, plan early to make next year’s a memorable one. Instead of the usual box of chocolates, why not take in the annual Glendale Chocolate Affaire in Glendale, Arizona? Usually held in downtown historic Glendale around Valentine's Day, this annual event is sure to please any palate. … END_OF_DOCUMENT_TOKEN_TO_BE_REPLACED

by Steve Lepper You're seated in a room with dark wooden beams, earthy tones, and beautiful Botero artwork donning the walls. Patrons sitting at a nearby table are eating plantain chips and sipping Chilean merlot while people at the bar drink mimosas and mojitos. An attentive South American waiter approaches your table. Your Latin experience at Churrascos has begun. … END_OF_DOCUMENT_TOKEN_TO_BE_REPLACED