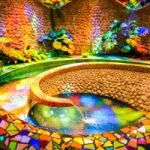 By Peg Hess ITWPA Member The online ad invited us to come and dream in Quetzalcoatl’s Nest, an awesome place, famous for its architecture. But we were totally blown away by the magical kingdom that awaited us for our three-day stay in Quetzalcoatl`s Nest Airbnb in Naucalpan, Northern Mexico City. An immense blue-green sculpture of Quetzalcoatl (quetzal ~ bird and … END_OF_DOCUMENT_TOKEN_TO_BE_REPLACED 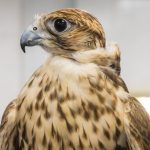 By Audra Brianne ITWPA Member Long before drones and GoPro cameras gave us aerial views of the globe, birds of prey combed miles of desert in search of food for the nomadic Bedouin people. Once a sport exclusively for kings and aristocracy, falconry literally meant life or death for Bedouins of the Middle Eastern deserts. As hunters, this meant whether the tribe ate that … END_OF_DOCUMENT_TOKEN_TO_BE_REPLACED 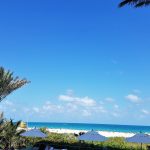 By Susan Brauer South Beach (SoBe) is the neighborhood in Miami Beach, best known for its historic Art Deco District. It’s also known for its pricey, designer hotels and expensive restaurants and clubs. But there is plenty of fun to be had even on a budget. Breakfast on Ocean Drive Restaurants on historic Ocean Drive can be crowded and pricey most of the time. However, … END_OF_DOCUMENT_TOKEN_TO_BE_REPLACED 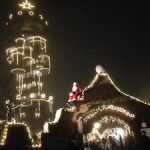 By Cristal L. Cook ITWPA Member The winter holiday spirit is alive in every step, with the steaming mulled wine in festive mugs, roasted chestnuts served in paper cones (perfect for warming cold hands), spiced cookies, and other yummy treats. The winter markets, or as the Germans call it, Weihnachtsmarkt or Advent Market, transports you into a magical land, reminiscent of … END_OF_DOCUMENT_TOKEN_TO_BE_REPLACED