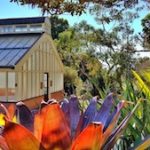 By Jon Tanner ITWPA Member The Royal Botanic Garden in Australia’s most visited city is no secret. Last year alone, 13 million domestic and international visitors trampled its green 74-acre surface. The popularity of this showcase harborside garden is hardly surprising. It affords priceless views encompassing both the Sydney Opera House and the Harbour Bridge. But the garden … END_OF_DOCUMENT_TOKEN_TO_BE_REPLACED

By Martha Newman ITWPA Member Civil War names always sounded romantic to me (Chancellorsville, Bull Run, Picket’s Charge, and most appealing, Gettysburg), even though I knew from studying the war in school that they were sites of terrible, bloody battles. Occasionally those battles are reenacted, and when I moved to Charlotte, North Carolina, and found out that I could see … END_OF_DOCUMENT_TOKEN_TO_BE_REPLACED 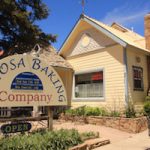 By John Egan The first thing you notice when arriving in downtown Pagosa Springs, Colorado, is the smell. It’s the faint essence of rotten eggs, but the fumes are the by-product of one of Pagosa Springs’ chief assets, the world’s deepest volcanic hot springs, and people flock to the springs year-round to sit in the pools of steaming hot mineral-laced waters, soaking in the … END_OF_DOCUMENT_TOKEN_TO_BE_REPLACED

By Jaimi Truhler ITWPA Member Rich tomato sauce mixed with herbs, roasted red peppers, and Italian sausage is heaped atop a bed of gluten-free pasta. Across the table, my companion savors a wood-fired pizza loaded with all the gluten I can’t enjoy. A lovely wine flight sits in front of us, and a crackling fire lights the brick hearth off to the left. Glancing around these … END_OF_DOCUMENT_TOKEN_TO_BE_REPLACED