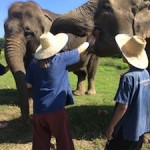 By Mikah Cook Driving 30 minutes (21 miles) outside the city of Chiang Mai went by fast as Mr. Pop, owner of Lanna Kingdom Elephant Sanctuary, engaged in conversation with us, in perfect English. After being a monk for five years and running a tour company, he opened this sanctuary. It has been open for six months when we arrive, and he has rescued a total of four … END_OF_DOCUMENT_TOKEN_TO_BE_REPLACED

By Sue Rice ITWPA Member The hugely popular Broadway show Hamilton has brought about a significant interest in The Grange and put the property on tourists’ must-see lists when they visit New York City. Designated a National Historical Landmark in 1960, the home built by Alexander Hamilton in 1802 has had an interesting history. The Grange was the country home of the … END_OF_DOCUMENT_TOKEN_TO_BE_REPLACED 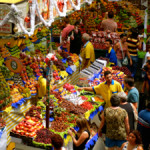 By Katrina E. Ribeiro ITWPA Member São Paulo, Brazil’s most populated city, hosts a true gastronomic and architectural gem right in the middle of all the hustle and bustle. Mercadão, as it is known by the local Paulistas, is a public market that is a feast for all the senses. Formally named Mercado Municipal São Paulo, this architectural delight spans over 135,000 square … END_OF_DOCUMENT_TOKEN_TO_BE_REPLACED

By Bill Peeler She had a body that would take more than one solid punch to knock down. The pink feathers on her more-than-ample bosom were having a helluva time staying put. Her fire-engine-red mouth was as well meant for shouting as singing. The upright piano tinkled in the background as she belted out raucous songs about life in British Columbia’s mining towns. Like … END_OF_DOCUMENT_TOKEN_TO_BE_REPLACED 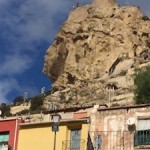 By J. Mike Rogers ITWPA Member Alicante, Spain, is the best place in the world. It says so right there -- carved in the marble plaza in front of City Hall. We would’ve missed it if Maria had not pointed it out and explained: that’s the city’s official motto. Maria was our guide on the Free Walking Tour of Alicante. In less than three hours, we saw the sights and got a … END_OF_DOCUMENT_TOKEN_TO_BE_REPLACED